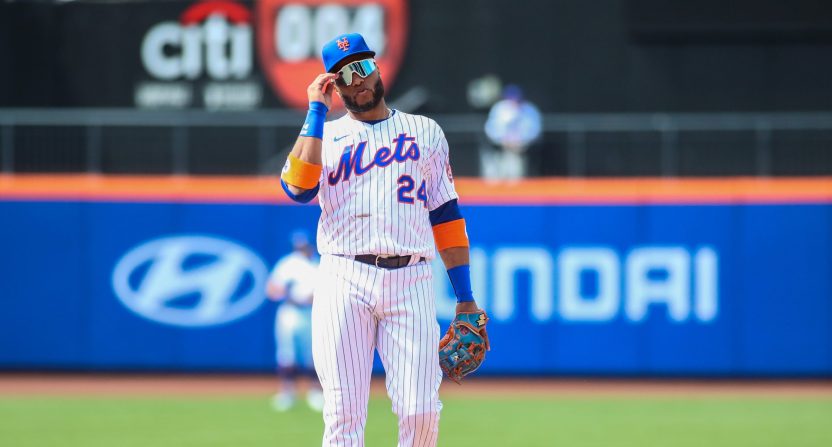 Monday was a pivotal day around Major League Baseball as teams had to cut their active roster down from 28 players to 26. This brought with it a number of surprising transactions and the New York Mets made perhaps the most noteworthy move.

The Mets announced on Monday they would be designating veteran second baseman Robinson Canó for assignment, as well as optioning pitcher Yoan Lopez to Triple-A.

RHP Yoan López has been optioned to Triple-A following last night’s game and today infielder Robinson Canó has been designated for assignment, bringing the roster to 26 players.

Canó made his return to the MLB in 2022 after his second suspension for performance-enhancing drugs, one that saw him suspended for the entire 2021 MLB season.

The eight-time All-Star has not been overly impressive for the Mets thus far this season, holding only a .195 batting average and .233 on-base percentage in 43 plate appearances.

While it may be a good thing for the Mets to be rid of Canó considering his poor performance so far this season, the team is still on the hook for the majority of his massive contract, which is worth $40.5 million this year.

Given his contract, it almost certainly means that Canó will not be picked up by another club on waivers. It would then be up to the Mets whether they want to release Canó or send him to one of their minor league clubs if he were to accept that.

This certainly raises the question of whether or not we will ever see Canó at the MLB level again. The five-time Silver Slugger winner is clearly past his prime at 39 and would have a steep hill to climb to remain at the MLB level going forward.

If Canó were to be outright released, he may make for a valuable clubhouse veteran for a contending team. Still, given his age, teams may feel that Canó is at the end of the line when it comes to his MLB career.