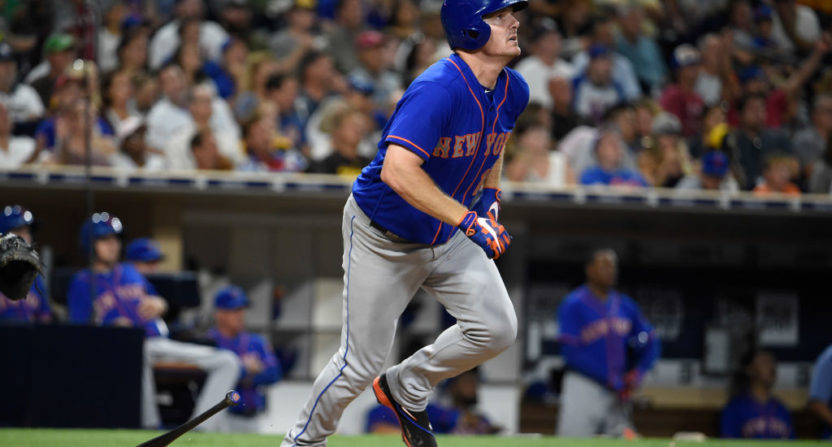 The Cubs and White Sox proved earlier this year that cross-town rivals can work together on mutually beneficial trades. The Mets and the Yankees seem to have more work to do on that front.

The Yankees reportedly wanted the Mets’ Jay Bruce to aid a potential playoff run, but the Mets ultimately traded Bruce to the Indians. Mets general manager Sandy Alderson said that the Indians gave them the best deal, but hinted that part of what made the Indians the better deal was the fact that they aren’t located in the Bronx.

“My responsibility is to get the best deal possible, and when we look at an opportunity from one club versus an opportunity from another club, it’s not just a function of well ‘gee, two versus one,’ ” Alderson said. “There are other considerations including cost. Taking all that into account, that’s the direction we wanted to go.”

Instead, Alderson likened a deal with the Yankees to one with the Nationals, in which making a trade to a division rival would be a factor in his decision-making process, albeit not a definitive one.

“It would be foolish for me to say it doesn’t matter,” Alderson said. “But at the same time, is it prohibitive? No.”

Ever since the trade, both sides have been bickering. The Yankees seem to think they offered the Mets a good deal:

Source: #Yankees offered multiple prospects and to take on soe of Bruce $, thought deal was possible, #Mets went another way

However, the Mets were adamant that the Yankees simply didn’t offer what others did:

A Mets official on the Bruce to the Yankees talks: "If they would give us something of [bleeping] value, maybe we would make a deal."

There also seems to be some residual resentment from the Mets over the last time they were buyers:

Another Mets offficial: "When we were looking for players last year, the Yankees weren't exactly rushing to return our calls."

Ahh, the pettiness of sports rivalries. Gotta love it.