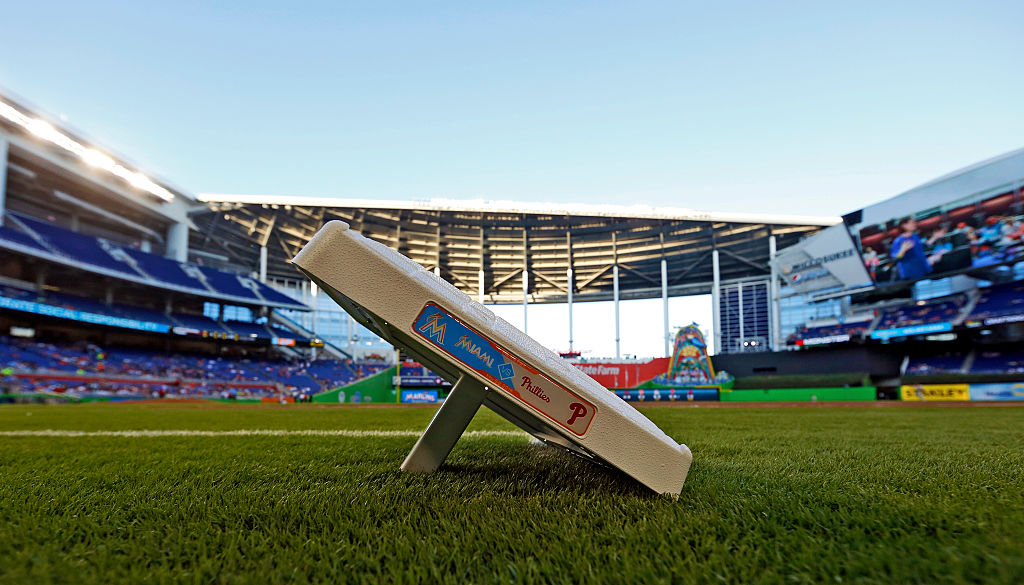 We’re all taught at a fairly young age not to play with knives and other sharp objects because of the potential injuries that they may cause. For Miami Marlins prospect Josh Naylor, that wasn’t a big red flag for him.

Naylor injured his Greensboro Grasshoppers teammate Stone Garrett at their apartment in Greensboro, according to Marlins president of baseball operations Michael Hill.

Garrett was the Marlins’ Minor League Player of the Year last season. He was placed on the disabled list Saturday with a cut to his thumb that required three stitches, according to the Sun-Sentinel. The team is also flying Garrett out to Miami to have the injury looked at by a hand specialist. It was also said that the injury was a prank that had a bad end result as opposed to a fight.

“Naylor has a reputation of being a bit of a prankster, but this one obviously went a little too far. Obviously, he’s torn up about it. This is a good friend, his roommate. They came into pro ball together, so they’re good friends.

Hopefully it’ll just be a short term and [Garrett] can get back healthy and return to form and continue on his career.

I don’t think you’ll see Josh Naylor goofing around with knives any more. Other pranks were just pranks and nobody got hurt. Unfortunately, this one ended in an injury, which isn’t funny at all.“

The Marlins are lucky that the injury wasn’t worse, and that it was simply a prank gone wrong instead of a fight.

Both players involved are talented. Naylor was the 12th overall pick in the 2015 draft, and has seven home runs and 36 RBIs on the year, along with a .262 average. To boot, he’s just 18 years old.

Garrett had been recovering from an injury earlier in the year, and had just been picking up his old form before the most recent injury to his thumb. Hopefully the setback isn’t too much for the young outfielder.

In case it needed to be said again: don’t play with knives, folks.

UPDATE: Larry Reynolds, CEO of Reynolds Sports Management released a statement about Garrett undergoing surgery and that the injury was “not a result of horseplay.”