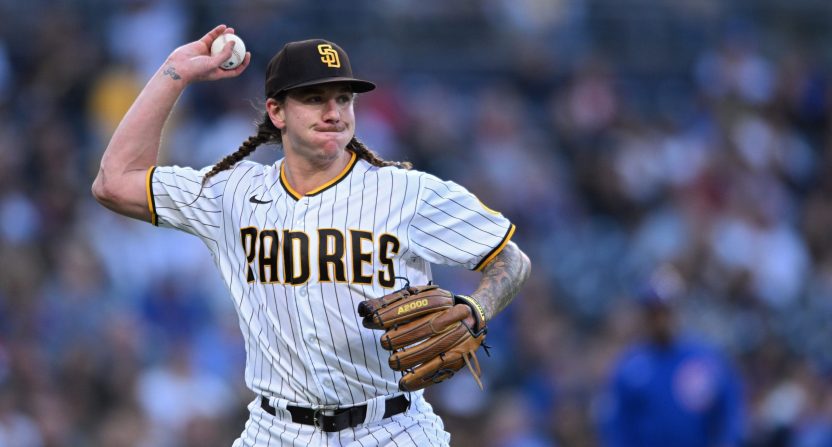 Major League Baseball is investigating Chicago White Sox pitcher Mike Clevinger after allegations of domestic violence involving the mother of his 10-month-old daughter and child abuse, have surfaced, according to a report from Brittany Ghiroli and Katie Strang of The Athletic.

Speaking with The Athletic, Olivia Finestead said that she has been in contact with the MLB’s Department of Investigations since this summer, shortly after multiple incidents of abuse occurred. In her conversation with The Athletic, Finestead, 24, detailed a very graphic incident, in which Clevinger allegedly choked her, and another that took place about two weeks later when she said Clevinger slapped her in a hotel room and threw used chewing tobacco on their daughter.

Clevinger was with the San Diego Padres during the time of the alleged incident. He signed a one-year, $8 million deal with the White Sox this offseason. Team officials expressed to The Athletic in a statement, that they were unaware of these allegations when they signed Clevinger this offseason.

“Major League Baseball and the Chicago White Sox take any and all allegations very seriously, and the White Sox are completely supportive of the Joint Domestic Violence, Sexual Assault and Child Abuse policy shared by MLB and the MLBPA,” the team said in a statement issued to The Athletic. “MLB opened an investigation after learning of these allegations. The White Sox were not aware of the allegations or the investigation at the time of his signing. The White Sox will refrain from comment until MLB’s investigative process has reached its conclusion.”

The Padres offered a statement saying they were made aware of the allegations, but opted not to comment due to the nature of the ongoing investigation into Clevinger.

If you or someone you know is a victim of domestic violence, help is always available 24 hours a day. Please call the National Domestic Violence Hotline at 1-800-799-7233.