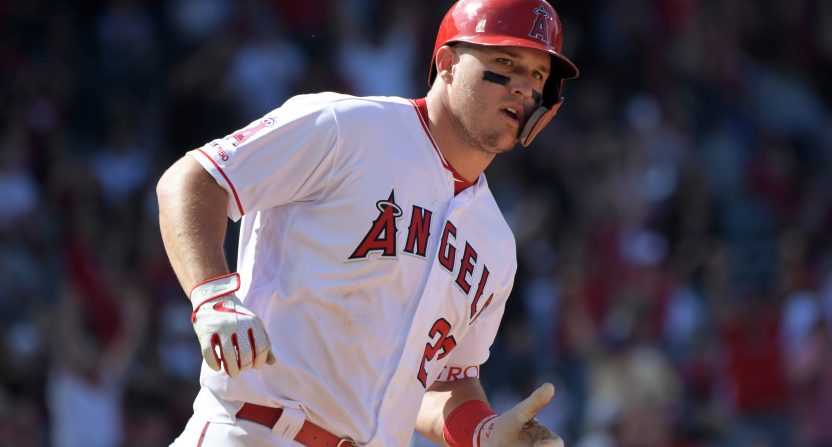 Mike Trout strongly considered opting out of the 2020 Major League Season, with his wife Jessica expecting their first child in August. Baseball’s best player said on July 3, “Honestly, I still don’t feel that comfortable. It’s gonna be tough. I’ve got to be really cautious these next couple weeks. I don’t want to test positive. I don’t want to bring it back to my wife. It’s a tough situation we’re in.”

Trout ultimately decided to play, but he’s now going on the paternity list with the due date approaching.

Mike Trout has been placed on the Paternity List.

Obviously huge congrats to Mike and Jessica Trout. Also worked out that this is happening with the Angels at home, for their sake. Original due date was Aug. 3, when the Angels would’ve been heading to Seattle.

Trout will likely miss several games, as he should. The birth of their first child means a heck of a lot more than some baseball games during a pandemic (it’s also debatable if we should be having these games right now to begin with, of course).

As for what it will means for the Angels, well, being without the best player in the universe obviously makes things tougher. The Angels are 2-4, and while it’s still early, that’s already 10% of this tiny season. They need to find a way to hang in there while Trout is out, however long that may be. This is also when it helps to have another superstar in Anthony Rendon, who the Angels signed over the offseason.

Update: Mike Trout is expected to return to the lineup on Tuesday. That will be a huge boost to a team that has a 3-6 record in the early going.

Mike Trout was shifted from the paternity list to restricted list today but will rejoin the #Angels in Seattle, GM Billy Eppler said. He’ll travel with the club on Monday’s off-day and play Tuesday.