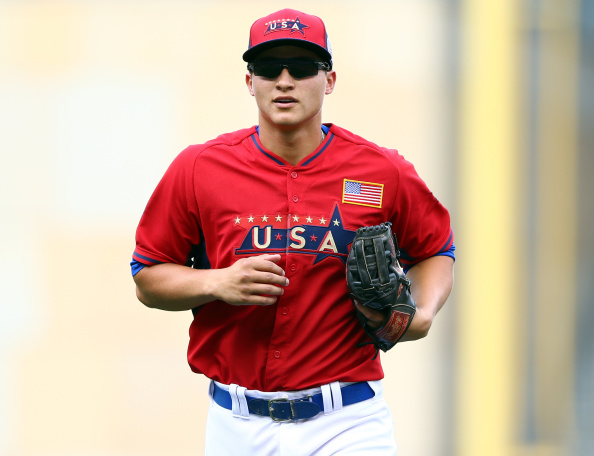 It’s getting harder and harder to deny: Minor League Baseball players get a raw deal. Beside the inconvenience and discomfort of riding buses hundreds of miles at a time, staying at bad hotels in towns you’d never voluntarily visit, and being jerked from one team to another at your organization’s whim, minor leaguers just don’t get paid much.

From a March FTW report:

“Minor league salaries have increased by only 75 percent since 1976, despite over 400 percent inflation during that same time period. And though some players sign for big bonuses out of the draft or in international free agency, minor leaguers start out making only $1100 a month for the length of their seasons, with no additional compensation for the year-round conditioning work expected of professional ballplayers.”

That monthly salary might leave minor leaguers below the poverty line ($11,770 annually, for individuals), according to the New Yorker.

“Depending on how you do the math, pay for minor-league baseball players may work out to something below the federal minimum wage, according to court documents. Working fifty-hour weeks—and sometimes seventy-hour weeks—minor-league baseball players generally earn between three thousand and seventy-five hundred dollars, total, during a roughly five-month championship season, with no overtime pay, according to court documents. Contracts may also restrict their ability to play overseas or for other teams, lawyers said.

Minor League Baseball currently faces a serious threat to this status quo in the form of a lawsuit filed by pitcher-turned attorney Garrett Broshuis that has the industry sweating.

Stan Brand, MiLB’s vice president and a powerful attorney who represents baseball’s interests in Washington, spoke at the Winter Meetings in Nasvhille on Monday about pitfalls of that lawsuit and the potential for congressional legislation that exempts minor leaguers from minimum wage and overtime laws.

Stan Brand refers to MiLB clubs as its "grassroots soldiers" in its efforts to keep its current salary structure status quo.

Some selected clips from Brand's speech: Part One pic.twitter.com/CBeOJqcdK5

Baseball America quotes several establishment sources citing familiar rationales for continuing to pay players potentially illegal salaries. The conversation seems to closely mirror that of the national minimum wage debate: proponents of higher wages say no one can live on such little money, while opponents caution that hiking salaries will result in lost jobs, in this case because organizations will eliminate teams rather than increase expenses.

Of course, it seems a bit silly for baseball franchises to cry poverty when the sport’s revenue continues to soar. Does anyone think it’s fair that real wages for minor leaguers have fallen so dramatically? Has the model changed so that organizations can no longer pay them as large a slice of the revenue pie as they used to? Or are people like Brand simply saving pennies for a $9-billion industry at the expense of minor leaguers living paycheck-to-paycheck in pursuit of a likely doomed dream?

Then there’s the argument that MiLB complies with minimum wage laws because time in the clubhouse and practicing before games don’t count as on-the-clock hours, as suggested by this anonymous team owner quoted by Baseball America:

“It is a very strange situation,” the owner said. “I understand labor law and this sort of thing and minimum wage. But when a guy is out there practicing baseball, is that his job or is he doing it because he wants to get from Single A to Double-A to the majors? The same thing is true if you think of musicians or ballerinas out there practicing all of the time. No one is compensating them for that. They are doing it to try and improve in what is a very competitive field.”

Ok, but it’s not as if the Double-A second-baseman can get a job flipping burgers in addition to his baseball gig. Playing for a professional baseball team is a full time job, and players should pretty clearly be compensated accordingly. To say otherwise is to support bloated baseball organizations over people making minimum wage.