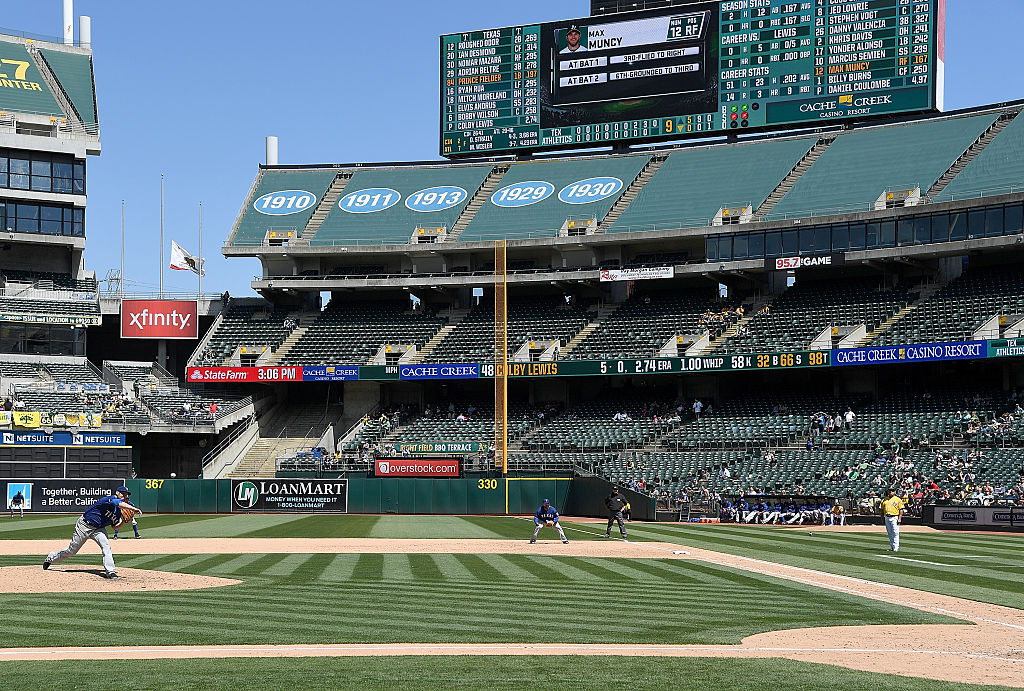 There will come a time down the line when Major League Baseball dives deep into potential expansion possibilities, a topic Commissioner Rob Manfred has not been shy about discussing since taking over the position from Bud Selig, who oversaw expansion projects in Colorado, Florida (twice), and Arizona to go with the relocation of the Expos to Washington D.C. Manfred will likely one day oversee at least one expansion project on his watch, but for now he is more vested in finding new suitable homes for two existing clubs, the Oakland Athletics and the Tampa Bay Rays.

Both the A’s and Rays have been the subject of various talks regarding new stadiums or relocation possibilities, but Manfred wants to find a way to keep both happy where they currently reside.

“I am committed to Oakland as a major league site,” he told the Baseball Writers’ Association of America on Tuesday. “I think that if we were to leave Oakland, I think 10 years from now we would be more likely than not looking backwards saying we made a mistake.”

The A’s have been playing in the aging Oakland Coliseum since 1966, and it has had more than its share of problems over the more recent years, as most older stadiums tend to have. The A’s have since been trying to pick out a new location for a brand new, baseball-only stadium around the Bay Area, but to no avail thus far for one reason or another.

“I think that Oakland is more likely than not to be a better market five years from now than it is today,” Manfred said. “So I certainly have not given up on Oakland.”

The Rays have also been in dire need of a new stadium since the day they first stepped on the field. Tropicana Field has been around since 1990, going off designs first put together in 1983 during the multi-purpose and domed stadium era. The stadium was first designed to one day attract professional baseball, but is hardly a stadium built to showcase the sport in today’s game. The search for a new location in the St. Petersburg area is on for the Rays, and it is Manfred’s hope a new location for a brand new venue can be found.

“Both of those clubs need new major-league-quality facilities,” he said, “and until that’s resolved, I think expansion has got to be on the back burner for us.”

The good news for Manfred is he has franchises that, at least publicly, are making an effort to stay put rather than whine and complain about their current situation with the intent of packing their bags and moving to another city, which is what went down in the NFL with the Rams crying their way from St. Louis to Los Angeles and the San Diego Chargers making it known they wanted to leave for Los Angeles.

Like the A’s, a desire for a new stadium is what has led to the Oakland Raiders exploring the possibility of returning to Los Angeles as well. Unlike in the NFL, Los Angeles is not a possible landing spot for Major League Baseball. With the Dodgers already established in the market and the Angels in nearby Anaheim, there is no room left at the inn for another professional baseball team or the sports scene.

And as the ongoing battle for the media market between the Baltimore Orioles and Washington Nationals continues to drag its feet shows, there is no way MLB would approve any team relocating to another market that is already occupied.

Whatever the case may be for the A’s and the Rays, they have a commissioner who is looking ready to stand by them and make things work where they are, rather than use them to capitalize on another market for potential growth.