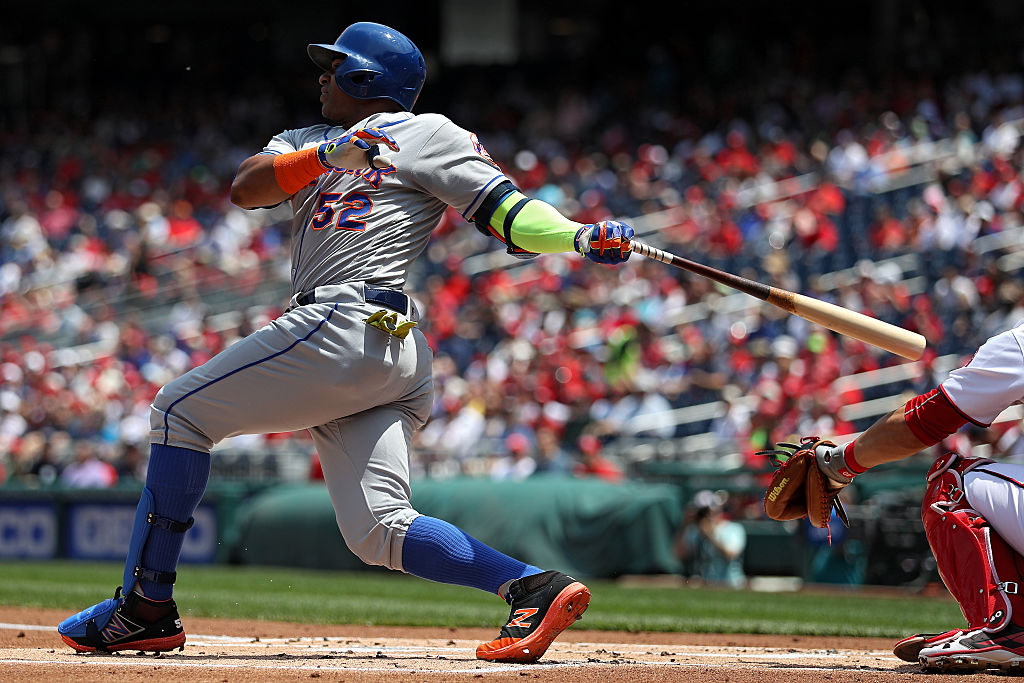 Hey, remember when Cuban baseball players were poised to take over the league, led by Aroldis Chapman, Yoenis Cespedes, and Yasiel Puig? Teams saw the modest investments made in these players by the Reds, A’s, and Dodgers, respectively, and started raiding the Cuban market for every player with a pulse.

But as we now enter June 2016, the pipeline of Cuban talent has dried up and many of the Cuban players that got major league contracts (and major league salaries) have fallen flat.

The wave of Cuban players started in January of 2010, when the Cincinnati Reds signed Chapman to a six-year, $30.25 million contract. He stepped into the Reds bullpen in 2010 after a failed attempt at starting in the minors, and immediately became one of the best relievers in baseball. On the field, Chapman was an unquestioned success. In six seasons with Cincinnati, he struck out 546 hitters in 319 innings while pitching to a 2.17 ERA and saving 153 games. He was traded to the Yankees this past winter, and a domestic violence incident resulted in a 30 game suspension that delayed the start of his career in pinstripes.

The next Cuban stud to debut in the majors was Cespedes, who inked a four-year, $36 million deal with the A’s in February of 2012. After two and a half productive seasons in Oakland, he was traded to Boston as part of the Jon Lester deal. The Red Sox then traded him to the Tigers for Rick Porcello, and Detroit dealt him to the Mets last summer to aid their playoff push. Cespedes has taken his stardom to another level in New York, hitting .282/.342/.601 with 32 homers in just 104 games in Flushing. He re-signed with them this winter, receiving a three-year, $75 million contract.

The last Cuban stud to break through in the majors is the only one of these four with any individual hardware, 2014 AL Rookie of the Year Jose Abreu. The White Sox blew minds when they gave Abreu a six-year, $68 million contract in September of 2013, and were rewarded with a 36 homer, .317/.383/.581 freshman campaign. In the two seasons since, Abreu has matched that total of 36 homers in 206 games while hitting a more pedestrian .279/.337/.473.

The Dodgers gave Alex Guerrero four years and $28 million, and designated him for assignment this week after receiving 11 homers and a .224/.251/.414 line over 117 major league games. Los Angeles also handed five years and $25 million to shortstop Erisbel Arruebarrena, and he’s played just 22 games in the majors while hitting .195/.244/.220. He also earned suspensions from the team in both 2015 and 2016.

There’s also Hector Olivera, who has hit .245/.296/.378 in the majors with the Braves after being signed to a six-year, $62.5 million contract by the Dodgers last summer. He’s in the midst of an 82 game suspension for his role in a domestic violence incident.

However, it’s not just the Dodgers dumping obscene amounts of money in Cuba and not receiving acceptable returns. Rusney Castillo got seven years and $72.5 million from the Red Sox in August of 2014, and hasn’t been able to break into Boston’s starting outfield. He’s played just 91 games in the majors and hit .265/.304/.383.

The Diamondbacks binged on $68.5 million over six years for Yasmany Tomas in December of 2014, and he’s provided them with a .271/.311/.413 line over the last season-plus, though he’s also been a terrible defender at every position Arizona has tried him at.

I didn’t even mention the contributions, or lack thereof, from Cuban players who received smaller contracts from MLB teams, including Miguel Alfredo Gonzalez with the Phillies and Dian Toscano (who really, doesn’t exist) with the Braves.

It’s not too late for some of these players to turn it around and live up to their contracts. Puig is still only 25. Tomas is 25. Soler is 24. Arruebarrena is 26, but may be legitimately insane. However, Abreu is 29, Castillo will be 29 in July, Olivera is already 31, and Guerrero is 30. Would it shock anyone if their production never matches their contracts?

The strange thing about the Cuban players is that when the contracts were relatively small by comparison, they worked out pretty well before Chapman and Cespedes signed and blew the market wide open. Kendrys Morales’ first deal with the Angels in 2004 was just $4.5 million over six years. Alexei Ramirez got four years and only $4.75 million from the White Sox in 2007. Jose Iglesias was handed four years and $8.25 million by the Red Sox in 2009.

The Blue Jays broke the bank for Adeiny Hechavarria in 2010 by giving him $10 million over four years. But that’s half as much as Arruebarrena, a player with a similar skill set, got just a few years later. Leonys Martin’s five-year, $15.5 million deal back in 2011 looks downright reasonable nowadays.

This isn’t surprising – it’s what baseball does. One team has success with something, and half the league decides they should try to do that too. Hell, how many teams have started to emulate the Royals over the last two years, emphasizing a dominant bullpen and a strong defense?

To me, the next frontier that MLB teams will begin to exploit is an obvious one: Korean hitters from the hitter-friendly KBO. When the Pirates signed Jung Ho Kang to a four-year, $11 million deal last January, it was viewed as a low-risk gamble. Kang has hit .284/.350/.479 with 21 homers in 146 games over the last two seasons, and is making less money than 13 of his teammates this season.

The Mariners followed in Pittsburgh’s footsteps this winter by signing Korean first baseman Dae-ho Lee (who spent his last four seasons in Japan’s NPB, but spent a decade in the KBO) to a minor league contract worth a maximum of $4 million, and have been rewarded with seven homers in just 80 plate appearances so far this year.

The Baltimore Orioles also went down that path this winter by giving Hyun-soo Kim $7 million over two years. After playing sparingly over the season’s first month, Kim has forced his way into Baltimore’s lineup, and is hitting .360/.448/.480 over an admittedly small 18 game sample.

But back to Cuba for a second, it’s likely that we’ve already seen the best the country has to offer — for now, at least. In upcoming years, the market could once again become a bargain if teams look at some of the big money flops in MLB and decide to invest their money elsewhere. And then, the cycle will begin anew – bargains will turn into overpays.

Of course, all bets are off if baseball gets the international draft in the next CBA that it’s been championing for years. But the implications of an international draft go far beyond just spending in Cuba – that will end up reaching into the Dominican Republic and the rest of Latin America’s 16-year old bonus baby pipelines.