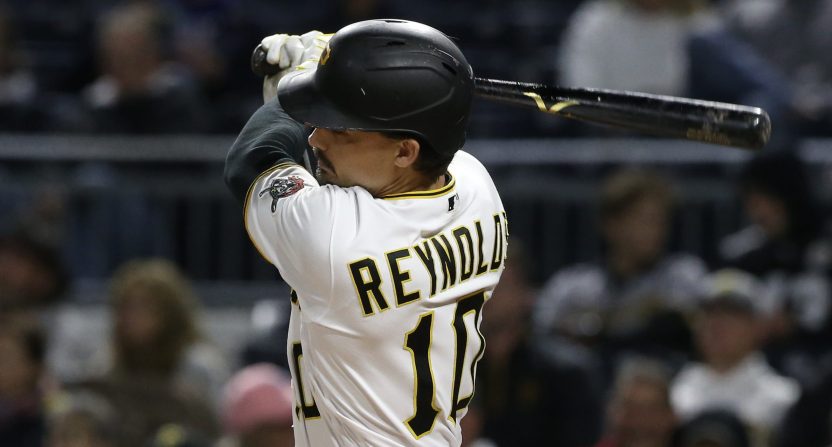 Pittsburgh Pirates star outfielder Bryan Reynolds has apparently had enough of the team’s annual “rebuilding for the future” motto, as the Pittsburgh Post-Gazette reported Saturday that Reynolds has asked the Pirates to trade him.

Well, the Pirates quickly issued a statement following news of the 27-year-old’s request. The organization called the news “disappointing,” (via the Post-Gazette) but added that it will have “zero impact on [their] decision making in this offseason or in the future.”

Reynolds is under team control through the 2025 season. So, reading between the lines, it appears Reynolds may be stuck in Pittsburgh for now.

A 2021 All-Star who hit 27 home runs with an OPS+ of 126 last season, Reynolds has been the one constant bright spot for the Pirates as they lost 100 or more games the past two seasons. He found himself in several trade rumors before the trade deadline last season, with the New York Yankees among the teams reportedly most interested in him.

But the Bucs did not make a deal. Reynolds is widely viewed as one of the cornerstones of the team’s rebuilding effort, but if he’s unhappy, that’s an awkward situation.

The New York Post‘s Jon Heyman reported that, if the Pirates have a change of heart, the Yankees, New York Mets, San Francisco Giants, and Tampa Bay Rays could use Reynolds.

Baseball fans reacted with mixed feelings to the report of the team denying Reynolds’ trade request. Pirates fans, who have watched one star after another traded away in recent years in return for prospects, have long wondered when that practice will end. Perhaps the Pirates are drawing the line at Reynolds.

Every great Pirate dreams of the day that they become a Yankee. It’s time for Bryan Reynolds to keep the tradition alive pic.twitter.com/6ZM81ItqeH

Wouldn’t this have to be the last straw for @Pirates fans if they trade him with 3 years of control left? I mean, we’re a few years into a rebuild and they just want to start over again?

I think it depends on what the return is for Reynolds (if traded). I think may just be him playing hardball

If he is dealt the return for him is quality big leaguers that can address multiple needs, I see no issue.

If the return is prospects, then that would be the last straw

Let him go and be a winner. It’s no secret that real ball players don’t want anything to do with Nuttings charades!

When you run your franchise into the ground don't be surprised when your star players ask out.

Bryan Reynolds just said I’m not spending my 5th MLB season as a loser again. Don’t blame him. This is literally why surrounding him with some talent and competency meant something these past years.