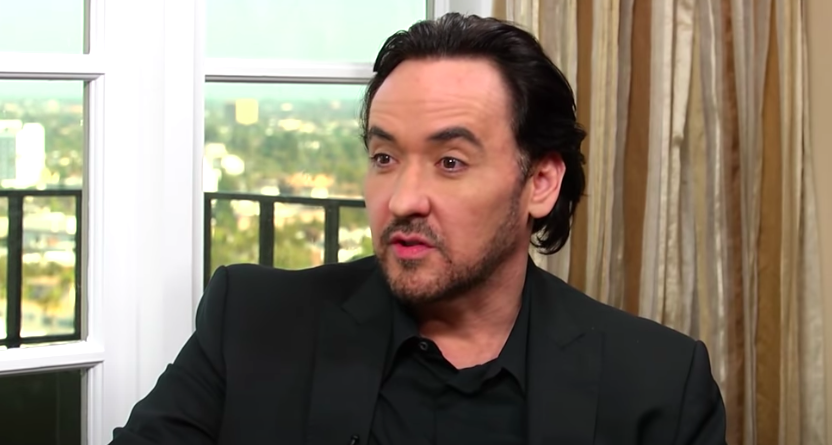 Some people want John Cusack to Say Anything. Others might think he’s Better Off Dead. But over the weekend, the Hollywood actor turned activist put his Identity on the line to support a Chicago sports team.

Cusack, an avowed Chicago Cubs fan, was spotted at Guaranteed Rate Field on Sunday where the Chicago White Sox were looking to get a win against the Houston Astros in the ALDS. Unfortunately, the person who spotted Cusack, who was decked out in White Sox black and white, was a Chicago-based Barstool employee, who decided it was an opportune time to confront the actor about his divided loyalties.

BREAKING: @barstoolwsd just confronted actor John Cusack to tell him he’s not allowed to cheer for the White Sox pic.twitter.com/IjTYv79Rxo

Cusack defended himself, saying that he grew up supporting both teams and citing the fact that he’s literally played a member of the Chicago White Sox in “Eight Men Out.”

“You can’t tell me where I can go. I can like whoever I want,” noted Cusack, who pretty much comes away winning the awkward encounter, made all the more confusing by the fact that it was then posted by Barstool.

The whole drama is awkward and unwarranted, but it did spark a conversation on social media about whether or not someone who is an out-and-out Cubs fan can show up to support the White Sox in full team gear.

I met John Cusack at a Cubs game and I asked him why he was wearing a White Sox hat. He explained that it’s because he grew up rooting for both teams and just grabbed the closest hat as he left. I didn’t press him, didn’t record it, and didn’t get bodied.

Imagine thinking you can tell John Cusack he can't root on the White Sox. pic.twitter.com/GEfmWgpNqP

If people are more concerned over what baseball team John Cusack is rooting for, rather than appreciating actually being at the ball game, society has some serious problems. He can root for whatever team he wants, this is ridiculous!

Cusack also got in on the action on Twitter afterward to defend his appreciation of the White Sox and clap back at the antagonizer.

I wax rooting for the Sox / made a film about the black Sox / since before this drunk boys been alive / he doesn’t even know the history of the team –
He knows nobody in Sox history he thinks – “winning ugly “ is his job description- https://t.co/pmYaxu9pHy

Cusack has even spoken about the fact that he roots for both teams before, like in this interview from six years ago.

The debate over whether or not you’re allowed to root for the “other” team in your town rages on, but in the meantime, John Cusack appears to have proven his bona fides for dual Chicago baseball fandom.