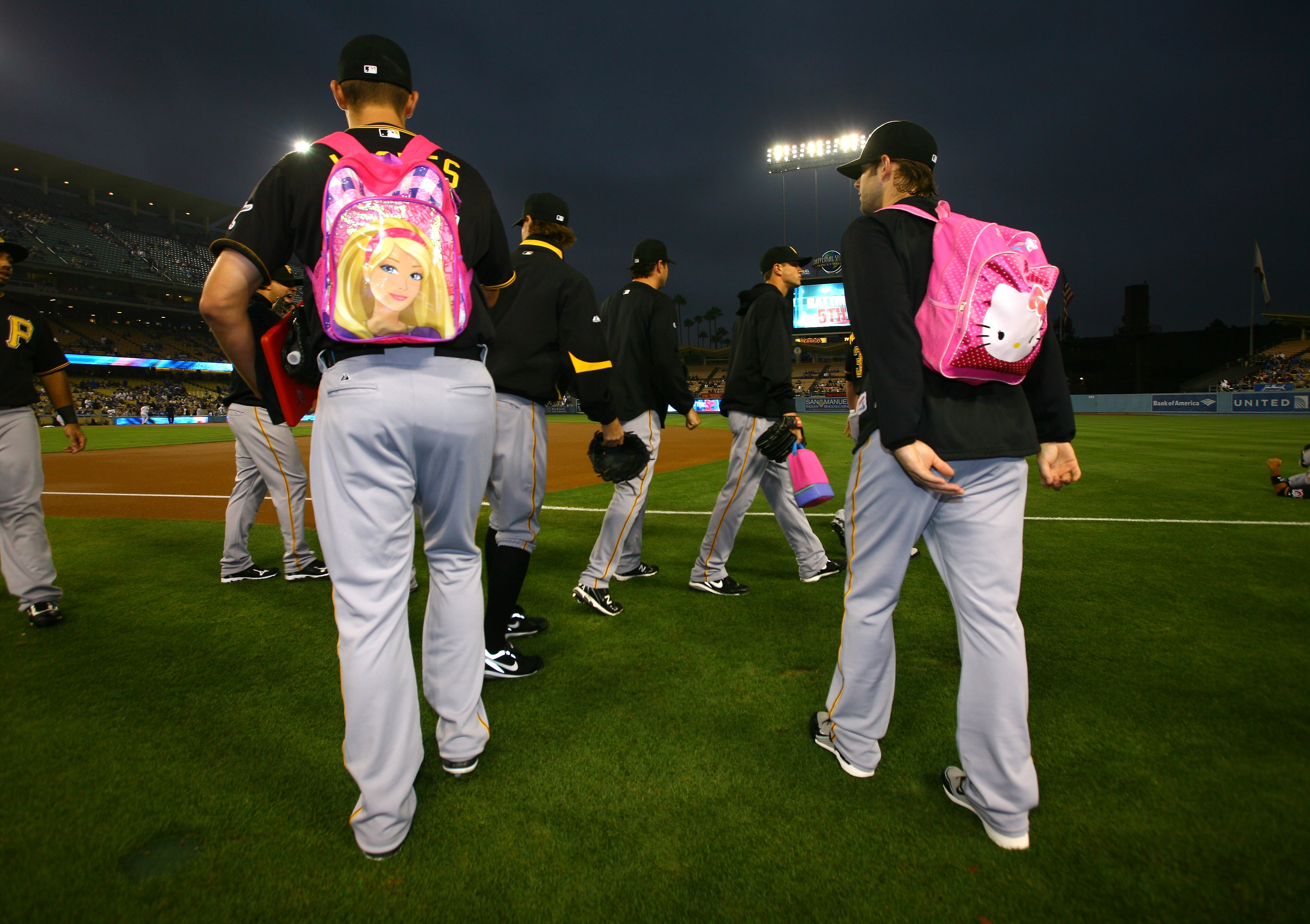 It’s a testament to the density of Major League Baseball’s new collective bargaining agreement that new details are still trickling out. The Associated Press dropped a big one late Tuesday night, announcing that the new CBA bans “offensive” hazing.

Here are a few relevant excerpts from the story, detailing what’s now banned:

The policy, obtained by The Associated Press, prohibits “requiring, coercing or encouraging” players from “dressing up as women or wearing costumes that may be offensive to individuals based on their race, sex, nationality, age, sexual orientation, gender identify or other characteristic.”

But requiring players “to consume alcoholic beverages or any other kind of drug, or requiring the ingestion of an undesirable or unwanted substance (food, drink, concoction)” is banned under the new collective bargaining agreement.

“The purpose of this policy is not to prohibit all traditions regarding rookies or players,” the new policy states, “but rather to prohibit conduct that may cause players physical anguish or harm, may be offensive to some players, club staff or fans, or are distracting to the operation of the club or MLB.”

It’s that last part that’s the issue, though. Because this new rule is most definitely not a ban on hazing. In fact, even in this initial release, the parties involved seem to go out of their way to emphasize that plenty of hazing will still be allowed, as though that would be welcome and comforting news for everyone. What they’re trying to avoid is bad publicity, or even law suits. Here’s MLB VP Paul Misfud blaming social media for making mountains out of dehumanized molehills:

MLB Vice President Paul Misfud said Monday the new rules resulted partly “in light of social media, which in our view sort of unfortunately publicized a lot of the dressing up of the players … those kind of things which in our view were insensitive and potentially offensive to a number of groups.”

“There’s lots of pictures of baseball players dressed up as Disney princesses,” he said.

So is this a ban due to both sides realizing that hazing is a dangerous, abusive practice? Not at all! It’s a ban resulting from the proliferation of social media, which “unfortunately publicizes” this sort of thing. They’d rather the practice continue! They just don’t think it’s feasible, since some of the offensive stuff will now be seen and become a distraction.

“The purpose of this policy is not to prohibit all traditions regarding rookies or players,” the new policy states, “but rather to prohibit conduct that may cause players physical anguish or harm, may be offensive to some players, club staff or fans, or are distracting to the operation of the club or MLB.”

Note the distinction for “physical anguish or harm”, because that’s an important one; if it were to include all forms of anguish or harm, including mental and emotional, they’d have to ban hazing altogether. Hazing is abusive behavior, and it’s dangerous for major league teams to set a precedent at all. Because most hazing doesn’t take place among adults with plenty of press and cameras around. It takes place in school locker rooms, or on buses, with kids who don’t have a choice.

It was only a few weeks ago that Yahoo’s Jeff Passan broke the story that players in the Rangers system had been questioned for sexually assaulting an underage teammate at the team’s Dominican Republic complex:

Eight Texas Rangers prospects were questioned by police in the Dominican Republic after a video showed a group of players sexually assaulting an underage teammate in a hazing incident that targeted players new to the team’s Dominican complex, sources familiar with the case told Yahoo Sports.

While prosecutors in the Dominican Republic have yet to press charges for the alleged assault, they told the court they intend to charge at least four players who held down a teammate and masturbated him, sources told Yahoo Sports.

Video was posted to Snapchat. That should have been enough to unilaterally ban all hazing. Instead, we get this qualified ruling, designed to protect the league’s public image and legal defense fund while keeping in place the outdated ritual humiliation of players of all ages, at all levels. They likely only made this move after widespread and justified public outcry following players being forced to dress up in All-American Girls Baseball League players. Who were actual, real-life heroes. How is this anything other than outright mockery?

Really nice of the rookies to get up early this morning and get coffee for the vets. #StillBetterThanAAA #Mets pic.twitter.com/iODfwCC16K

Dressing men as women for humiliation purposes is just a stupid message that should be offensive to anyone. So, sure, it’s good they’ll no longer do that. But it was done for the sake of appearances, not because anyone actually understood the obvious problems inherent with hazing. It’s abusive. It’s entirely outdated. There’s no need for it, and the example it sets is negligent at best and dangerous at worst.

And who in the world wants to defend this stuff?

Imagine being so mad about strangers not being allowed to force clothing on another person, then being so mad you tweet @AP about it.

Major League Baseball had a real chance to take a stand on an issue that is all over sports, from the professional world down to kids. And instead, they tried to take a “sorry if you were offended” apology and turn that into a rule change, packaging it as progress while lamenting that they couldn’t keep things the way they’d always been.  It’s cowardly and insulting, but it’s going to be effective from a PR standpoint.

And they’ll be thrilled to lap up the coverage. After all, as this stance proves, they only care about how things look.