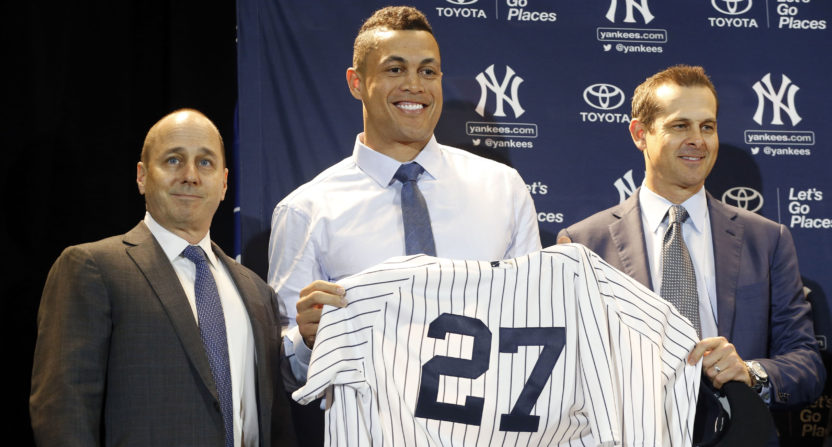 With several dozen free agents still unsigned, the Major League Baseball offseason is — in some senses, at least — far from over. But at the same time, pitchers and catchers have officially begun reporting, which means it’s time to wrap up the not-so-hot-stove season, in preparation for actual baseball.

With that in mind, we present the winners and losers of the offseason (so far), with all conclusions, of course, subject to change with further developments. 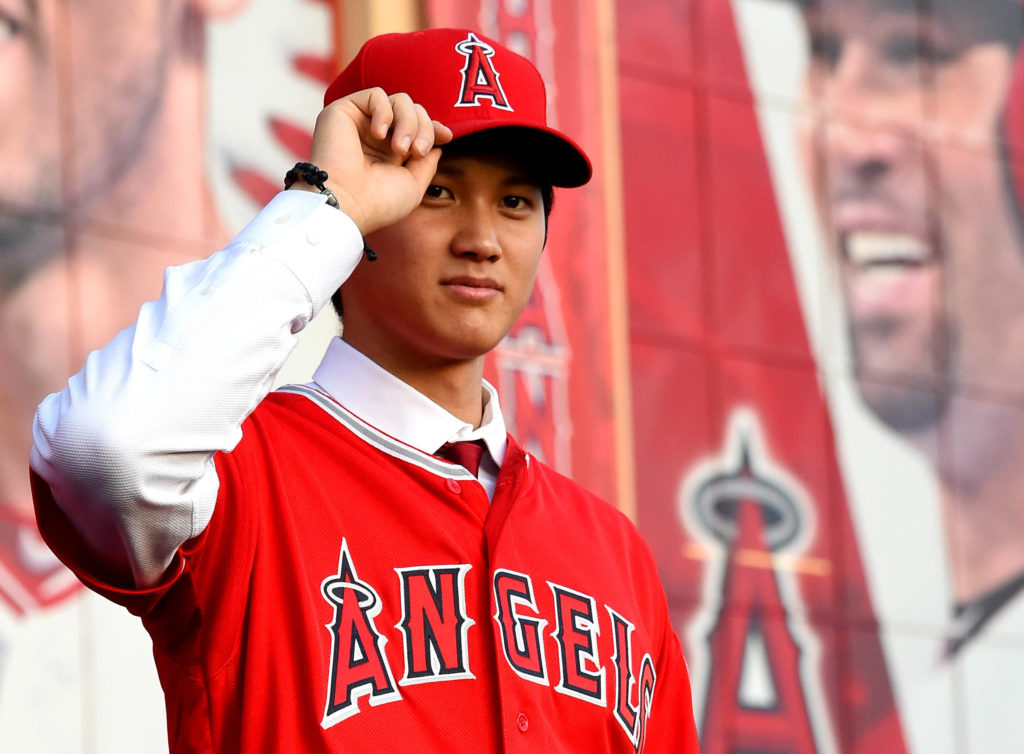 The Angels sealed their place under the “winners” heading as soon as the ink dried on Shohei Ohtani’s contract back in December. By signing the 23-year-old Japanese pitcher/designated hitter hybrid for a mere $2.315 million signing bonus (plus a $20 million posting fee), the Halos locked up a potential two-way star for the price of a utility infielder. From a value standpoint, it was the clear-cut best move of the offseason.

But the Angels didn’t stop there. Having already re-signed Justin Upton, they traded spare parts for Ian Kinsler and brought in Zack Cozart on a reasonable three-year, $38 million deal. Just like that, a middle-of-the-pack AL team became a playoff favorite.

The Yankees made the highest-impact move of the offseason, acquiring Giancarlo Stanton from the Marlins for prospects who weren’t even among their farm system’s best. They also brought back CC Sabathia and rid themselves of Chase Headley’s somewhat burdensome contract. It’s also quite possible there’s a move still to come, whether for another pitcher or an infielder.

If that wasn’t enough, the Yankees also watched their chief rival, the Red Sox, mostly stand pat (at least to this point), while other teams in their division either got worse (the Rays), treaded water (the Orioles) or improved marginally (the Blue Jays). This winter, the balance of power in the AL East seemed to shift from Boston to New York, making the offseason an unquestioned success for the Yankees.

The Cubs’ signing of starter Yu Darvish to a six-year deal will, justifiably, get most of the attention in Chicago, but it wasn’t the only shrewd move Theo Epstein and company pulled off this winter. Freed from Coors Field, starter Tyler Chatwood could be the winter’s biggest steal, and reliever Brandon Morrow could easily outperform the closer he’ll replace, Wade Davis, for a fraction of the cost. The Cubs needed pitching this winter, and they found plenty of it.

As a whole bunch of middle-tier teams essentially conceded the 2018 playoff race, the Brewers went for broke, signing Lorenzo Cain and trading for Christian Yelich. In a single week, a team that thrived on its depth and balance last year added a pair of All-Stars to anchor its lineup. Those moves won’t make Milwaukee an NL Central favorite or even necessarily a wild-card favorite, but they do position the Brewers to contend for their first postseason berth since 2011. 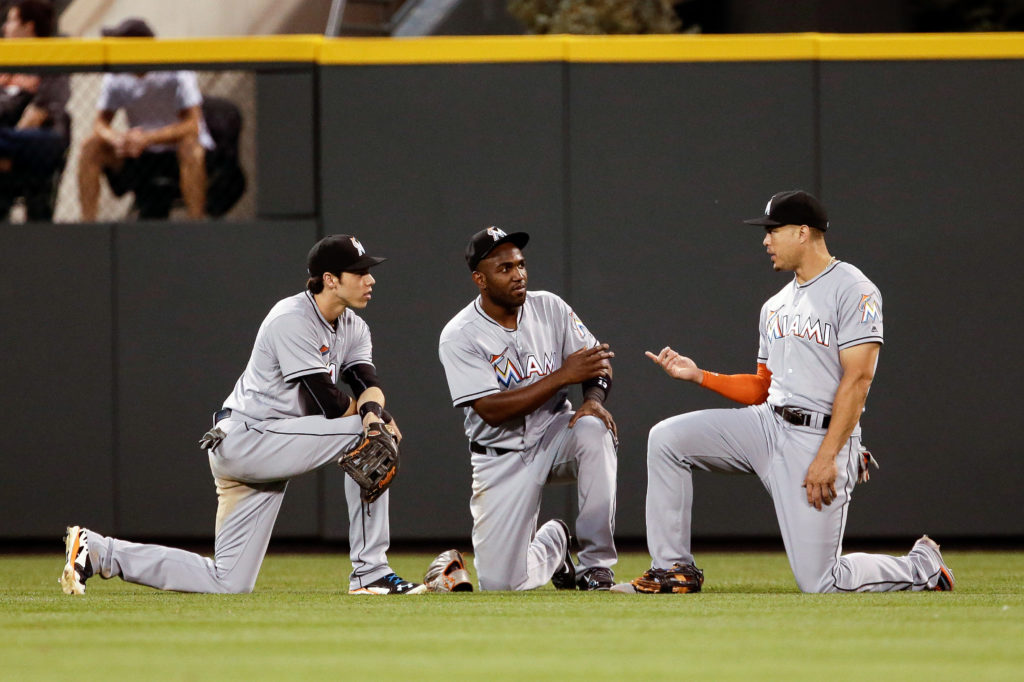 Sure, you can argue that the Marlins needed to rebuild. But you can’t “win” the offseason while trading four of your five best players, especially when several of those deals return underwhelming hauls and prompt speculation that the franchise’s sole goal is saving a few bucks. Giancarlo Stanton, Marcell Ozuna, Christian Yelich and Dee Gordon are gone, and Marlins fans are left to wonder whether their team’s new ownership even cares about winning.

In an offseason of inaction, the Rockies might have been the only team to try to improve without succeeding in a meaningful way. Colorado went all in on its bullpen, signing Wade Davis, Bryan Shaw and Jake McGee to a combined $104 million over the next three years. The problem is that all three of those pitchers come with question marks, and all three cost significantly more than what comparable pitchers signed for. General manager Jeff Bridich would have been better off signing, say, Addison Reed and Brandon Morrow and using the savings to pursue a starting pitcher or a first baseman.

Credit to the Rockies for addressing an area of need, but it’s tough not to feel as if they did so sloppily, while leaving holes elsewhere on their roster.

The Pirates failed to reach their potential in 2017, thanks to some bad breaks and down years from key players. That didn’t mean they had to trade their best pitcher (Gerrit Cole) and their most popular and pedigreed position hitter (Andrew McCutchen). Especially when neither return was particularly impressive. It wouldn’t have been too difficult for a talented Pittsburgh team to at least hang around in what should be a weak NL wild-card field. Instead, the franchise appears headed back to the basement.

The contenders who have stood pat

There may have been no true superstar on the market this winter, but there were plenty of useful players, and it’s embarrassing that so many of them remain unsigned while contending teams attempt to paper over holes.

The Indians, Nationals, Red Sox, Diamondbacks, Mariners, Twins, Blue Jays, Rangers and even the Dodgers all had relatively quiet offseasons despite harboring playoff aspirations and significant needs. Any of these teams that doesn’t make a splash before the games start counting should consider the offseason a bust.