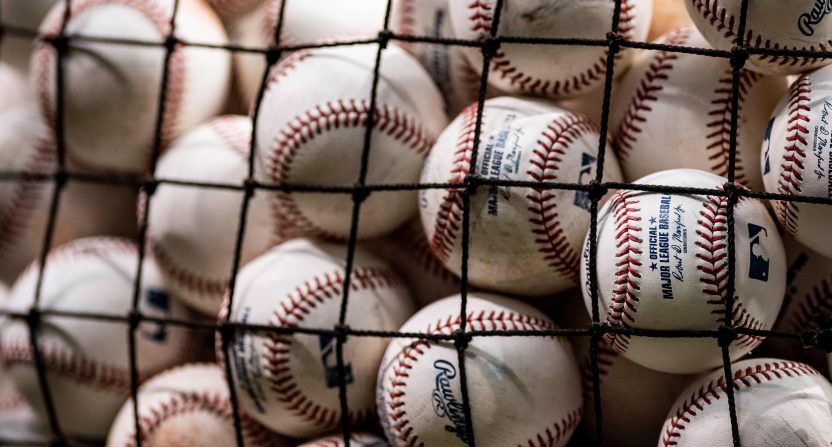 Among the top American sports leagues, Major League Baseball is the only league currently without a plan to either continue or begin their season. The NHL announced a 22-team plan to crown a Stanley Cup winner while the NBA announced their own 22-team setup a short time after. The NFL didn’t really have to do much so far given they play this fall but MLB has been stuck.

The latest proposal from MLB owners was reported by ESPN’s Karl Ravech and it would be a “76-game season with players getting 75% of their prorated salaries.” In addition, there would be a $200 million postseason pool for players and have the regular season finish September 27 with the playoffs ending “no later than October 31.”

On the surface, this new proposal looks like an improvement from the owners’ 50-game season proposal because it meets the MLBPA at halfway on their 114-game plan. But as CBS Sports’ Mike Axisa has noted, the owners are essentially offering the same amount of money in compensation, around 33%, as their 50-game proposal.

It all comes back to the same place. MLB keeps making the same offer in different forms. https://t.co/DVfURfN50f

The MLBPA isn’t going to take the bait. In fact, Evan Drellich of The Athletic, among others, have pointed out that the players feel MLB’s latest proposal is worse because there’s less guaranteed money. That 75% prorated salary only happens if there is a postseason. Otherwise, the players would only get 50%.

The MLBPA regards today’s offer from MLB to be worse than the league’s last because it shifts greater emphasis on risk sharing in the postseason. Players would receive 50 percent of pro rata if there is no postseason, 75 if there is. @karlravechespn first on a new offer coming.

This is all part of MLB’s strategy. MLB owners are playing a strategy where if they can get the fans and media on their side, it’ll put pressure on the players to accept their proposal.

This strategy can be effective. Without looking into the numbers, which owners know many fans (and some media) aren’t going to do, the owners look like they’re trying everything they can do to get a deal done and the players are being selfish because they refuse to cooperate and compromise.

In reality, each proposal has been all but similar in terms of overall pay for the players, and the terms and how that money is distributed to each player are adjusted differently. Imagine when you were a kid and your parents gave you an allowance. Let’s say in this example, your parents gave you the ability to negotiate your allowance and your parents offered $10 per week. You wanted $20/week and your parents responded by offering two $5 bills. You respond by proposing $15 and then your parents respond to that by offering ten $1 bills. After hearing that, everyone around you are telling you to take the offer because your parents have made three different offers and are meeting you at halfway. No, that’s not meeting halfway, you’re still getting $10 and everyone is expecting you to do the work to lower your counter proposal to meet that instead of both trying to meet in the middle.

That’s where things are right now. MLB knows they cannot fool the MLBPA but they can try to fool fans and the media. They’re using us as pawns to get a deal done on their terms. And if that doesn’t work, then delay things as much as possible until there’s no choice but to have a 50-game season. Each day that passes by, people are growing more and more pessimistic that there will be a season. Everyone agrees that having a season is better than not having one, but it’s getting more and more likely there won’t be one the longer this takes.