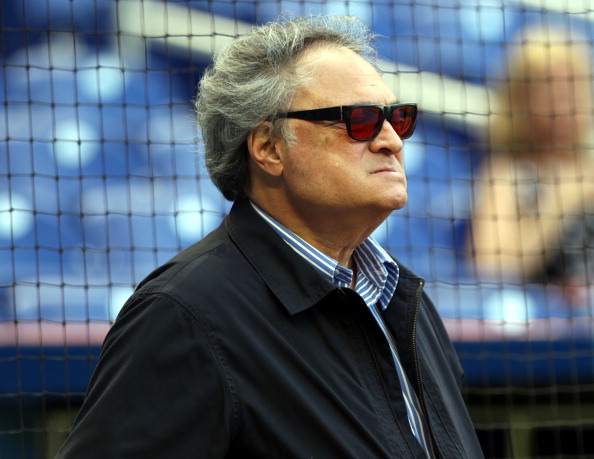 Do you have strong feelings about your favorite team’s owner? Do you wish some billionaire would sweep in, buy your team, and spend an insane amount of money on every free agent available? You’re probably not alone.

Baseball fans don’t seem to have the same intensity of feelings about their team’s ownership as, say, football fans do; a lot of baseball teams have multiple owners or are corporate owned, and they just don’t elicit the kind of visceral reaction that football owners do. But baseball fans are passionate, and if their team has a lousy ownership situation, they won’t stay quiet about it.

With that in mind, we took a shot at ranking every baseball owner by likability. Does your team’s ownership situation keep you up at night? Do you wish something awful would happen to them so they’d be forced to sell? Or do you sing their praises to anyone who’ll listen?

He screwed the fans of Montreal. He backed into a World Series-caliber team when he bought the Marlins and dismantled it soon after. His new stadium is one giant boondoggle that will cost Miami billions. And chances are he’s going to run Jose Fernandez out of town. Other than all that, he’s great!

Steinbrenner and his brother took another shot at Yankee fans with modest incomes last month when they announced they’d no longer accept print-at-home tickets, forcing people to spend more money on the secondary market if they wanted to go to a game last minute. Then, Steinbrenner’s COO made public comments that implied the Yankees didn’t want poorer fans sitting with people who could afford more expensive seats. Terrific.

Jerry Seinfeld once was convinced that George Costanza possessed a cheapness sense; he may as well have been talking about Dolan. The Indians weren’t afraid to spend under their previous owners, but once Dolan took over the purse strings tightened considerably. The end result is a team frustratingly close to relevance, a player or two away from making real noise in the American League but lacking the financial wherewithal to acquire them.

Does anyone like Angelos? He has a reputation as a meddler, and a few recent years of relative success don’t change the fact that the Orioles have been mostly awful during his tenure as owner. Then there’s the fact that anyone who signs with the O’s always seems to fail his physical exam.

John Fisher may have the biggest financial stake in the A’s, but Wolff is the ownership’s public face – and it’s not a well-liked face. Wolff has tried everything to flee Oakland in his quest for a new ballpark, and in the process has allowed the team’s current home to fall into an embarrassing state of disrepair and raw sewage leaks. And the fact that instead of celebrating having Sonny Gray in the rotation, most A’s fans are wondering when he’ll be traded, should tell you all you need to know about Wolff and his group.

A few years ago, in an email exchange with a season ticket holder, Dick Monfort said that “maybe Denver doesn’t deserve a team” in response to complaints about the team’s performance. Not exactly the best response from an owner whose team plays in a taxpayer-funded stadium and is a good bet to lose 90-plus games every season. Rockies fans still show up in droves and deserve better from their club.

A World Series appearance and bringing back Yoenis Cespedes bought Wilpon some goodwill, but probably not enough to erase the memory of the Mets spending like they played in New Brunswick instead of New York. Winning fixes a lot of hurt feelings, though.

The Jays had their best season since the early 90s, and what did they do as a result? They forced out their GM and reigning executive of the year by stripping away his autonomy and hiring an overseer. Why mess with success, especially when it means losing the guy who built the most dangerous offense in baseball?

Nutting has done a lot of good since he bought the team, like building international baseball academies and turning the Pirates into a perennial contender the past few years. So why isn’t he ranked higher? The Gerrit Cole contract situation – where the Pirates refused to give him a raise this year, and even threatened to cut his salary to the league minimum – sends a pretty awful message to players around the league about how the Pirates treat their own. How long will they stay a contender if the owner won’t even pay out a modest raise to the team’s ace?

The faceless corporation has stripped the Braves down to their bare bones on the field this year, and next year they’ll be moving the team out of Atlanta altogether. The Braves will open a new ballpark in Cobb County next year, even though Turner Field isn’t even 20 years old yet, and they’ll get a whole bunch of public money to help finance it. It’s a perfect storm of the worst qualities of sports team ownership.