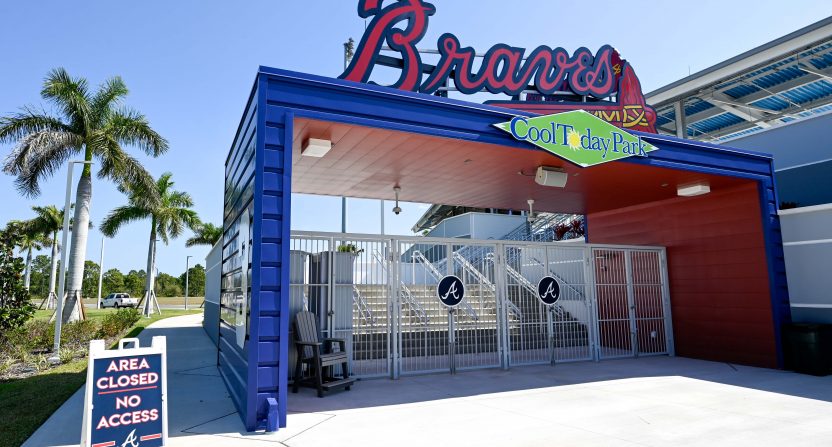 Reports emerged on Friday that MLB and MiLB players are being told to go home amid coronavirus concerns. Players are allowed to stay around the spring training facilities if they so choose, but without formal workouts and on-field activities.

MLB players being told to go home. Those that want to stay have use of only workout facitlies such as weightrooms, mounds and indoor cages. Will be interesting how many chose to stay where there are coaches and medical personnel who know them.

Additionally, while MLB has only announced that the season wouldn’t start for at least two weeks in, reports are that the expectation is that games won’t start until May at the earliest.

I think @JeffPassan already said this, but I can say that pretty much nobody in the baseball world believes the season will start two weeks late. The best-case scenario, according to a whole bunch of people, is early May. And even that is probably too soon.

That certainly makes sense with the way things are trending- the coronavirus outbreak, sports cancellations left and right, and then the news that the baseball players are even being told to go home from spring training camp.

And still, reports came later on Friday that MLB still hopes to play 162 games, with the idea of moving the postponed games to the back of the schedule.

Sam Kennedy, Red Sox prez: Current thinking is MLB would move missed games early to back end of schedule to try and save 162-game ssn. Obv that would push ssn into November. But all is tentative and fluid right now, as with everything else.

MLB still is hoping to play 162 games, playing the postponed games at the back end of the schedule, but obviously subject to change.

This seems *quite* unlikely. Even if games surprisingly began two weeks into the season as hoped, and MLB chose to go with 162 games, the World Series would be pushed well into November (the World Series was set to begin on Oct. 20, with a possible Game 7 on Oct. 28 before news of the delayed start).

Let’s say the season begins in early May, which as The Wall Street Journal’s Jared Diamond even said (in his tweet above) is “probably too soon.” Now you’re talking about the World Series potentially going into December if MLB wants to play 162 games. Sure, in theory they could find a way to squeeze games in, play more doubleheaders, eliminate the All-Star break, etc. But that would cause serious burnout and is a huge health risk, especially to pitchers. And the whole point of delaying the season anyway is due to a situation involving health and safety risks. There’s no way the solution upon returning will be, “Let’s just play nearly every damn day, get rid of the All-Star break, and give every team a few doubleheaders.”

Literally no chance the MLBPA would agree to that. They'd punt the season entirely first.

Keep in mind that even if things look much better on the coronavirus front and baseball play is cleared to resume, the players need to actually get back into game shape before being thrown right into regular season games. This is particularly the case with pitchers, and especially starting pitchers in terms of being stretched out. Another “spring training” may be needed (even if just for 1-2 weeks of organized games), with plenty of “sim games” surely involved to get live pitching and hitting that you can’t replicate in the cages and bullpens. There’s so much to consider here aside from just when things are deemed safe to resume activities.

Right now, we shouldn’t even be fully assuming that an MLB season will happen in 2020. But if it does, it’s likely two+ months away, and will almost certainly be well under 162 games.