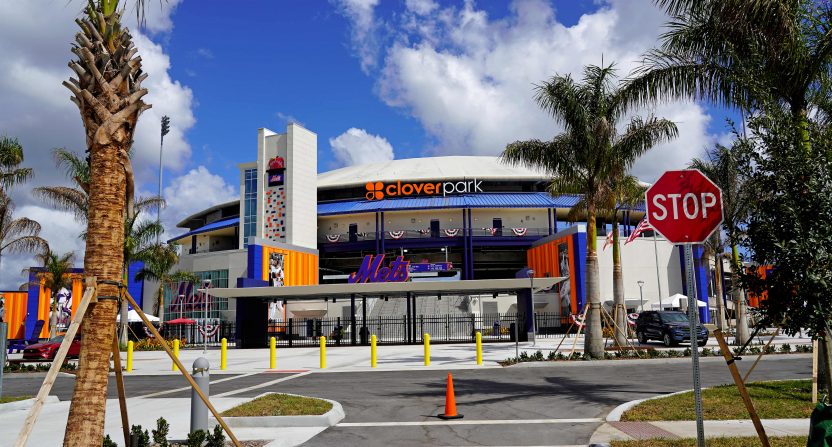 Following the closing of three camps, Joel Sherman of the New York Post reports that MLB is “strongly considering” shutting down all 30 camps “to cleanse and re-establish a system in which players will test regularly when they return.”

Source: with 3 camps having to close today due to COVID-19, MLB is strongly considering closing all 30 camps again to cleanse and re-establish a system in which players will test regularly when they return. Right now there is not a firm protocol for players using the facilities.

Reading about cases in so many MLB spring camps should be scary because the numbers are nothing like they will be in players/staff if there is a spring training 2.0. But if there is such a thing there also will be a universal protocol for testing, safety, health.

With a spring training 2.0 likely needing to be 3-4 weeks (likely closer to four weeks of time overall when factoring in players and staff needing to report to camp), the decision to shut down facilities could delay the start of a 2020 MLB season even more.

The COVID-19 cases are surging in Arizona and Florida right now, which are of course the locations for all 30 MLB camps. And with that in mind, the New York Mets are considering having their camp at Citi Field (their home stadium) instead of Port St. Lucie FL, according to MLB Network’s Jon Heyman.

Mets called staff today to let them know they may switch spring training to Citi Field in the wake of Florida’s recent Covid troubles. They aren’t saying for sure but decision will be announced tomorrow.

Additionally, Patrick Mooney of The Athletic reports that the Chicago Cubs have preferred using Wrigley Field — instead of Mesa, AZ — for their camp anyway, and the Arizona rise in COVID-19 cases should only increase the Cubs’ preference to just do it at Wrigley.

Throughout their planning stages, the Cubs preferred to use Wrigley Field as the base for their next training camp. While Sloan Park and the Nike Performance Center would make social distancing easier, being there would also mean regularly working out in 100-degree heat. Chicago made sense as the gathering point before playing a regional schedule, providing a more comfortable option for players and their families.

Arizona’s emergence as a coronavirus hotspot would have made that decision for the Cubs, anyway. The state’s health services department reported 3,246 new cases Friday, a record number. The 2,519 new cases reported Thursday had been the single-day high. Of the 46,689 reported cases in Arizona, more than 55 percent have been traced to Maricopa County, which includes Phoenix, Mesa, Tempe and other Cactus League locales.

Now, the next question becomes- how would you handle spring training games if teams are hosting camp at their regular ballparks? Are those exhibition games significantly limited, and teams just play a lot of intrasquad scrimmages for a few weeks?

Oh, and then there’s the whole thing about how MLB and the Players Association still haven’t even agreed on a deal for the 2020 season. Here are some new details that have emerged Friday night on those (going-nowhere) negotiations:

MLB has told Players Association it will not make a counter-offer to union’s 70-game proposal, sources tell me and @EvanDrellich. League talking with owners this weekend to discuss its next options moving forward. Last MLB offer: 60 games. Could try to implement in 50-odd range.

MLB players are expected to vote soon — likely by tomorrow — whether to take the 60-game framework deal Manfred/Clark worked on Monday that includes expanded playoffs and other bonuses or let commissioner Manfred set the schedule for 50-60 as allowed by the March 26 agreement.

An initial small survey suggests players are unlikely to vote for the 60-game framework deal and may prefer the schedule set for 50-60 which allows them to file a grievance. Vocal players don’t seem to love the 60-game deal but could there be a silent majority liking deal better?

If players vote no on the famed 60-game framework deal as seems quite possible, Manfred is indeed planning to set the schedule for 50-60 games. So there will be baseball — unless the Covid numbers worsen to the point where it’s considered unsafe.

Update: Ken Rosenthal and Bob Nightengale tweeted on Friday night that MLB is indeed closing all spring training sites in Arizona and Florida.

Update II: According to Bob Nightengale, every team will indeed have spring training camp at their home ballpark.

Every #MLB club has now decided to have their spring-training camp in their own home cities with the recent surge of COVID-19 in Arizona and Florida.