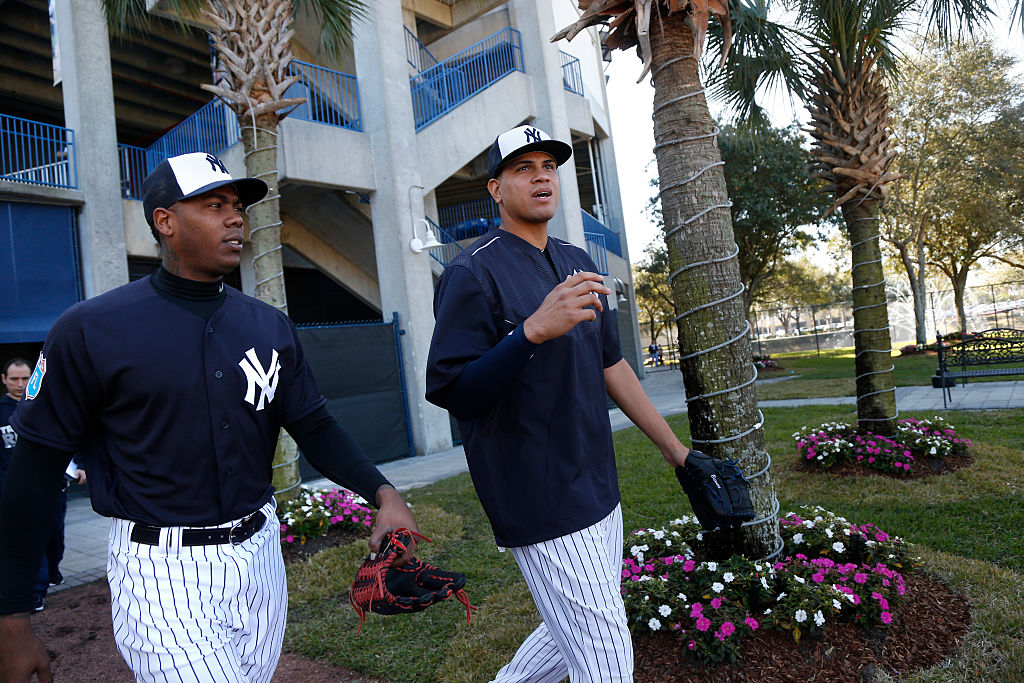 In a precedent-setting decision that christened MLB’s new domestic violence policy, commissioner Rob Manfred showed he was not messing around.

On Tuesday,Manfred suspended Yankees closer Aroldis Chapman 30 games for a domestic violence incident that occurred last October. Chapman will not appeal his suspension, which will sideline him through mid-May.

Here’s Mandfred’s statement on the suspension:

“I asked my staff to conduct a comprehensive investigation of the incident involving Aroldis Chapman on October 30, 2015. Much of the information regarding the incident has been made public through documents released by law enforcement. Mr. Chapman submitted to an in-person interview with counsel present. After reviewing the staff report, I found Mr. Chapman’s acknowledged conduct on that day to be inappropriate under the negotiated Policy, particularly his use of a firearm and the impact of that behavior on his partner. I am gratified that Mr. Chapman has taken responsibility for his conduct, that he has agreed not to appeal the 30-game suspension, and that he has agreed to comply with the confidential directives of the Joint Policy Board established under the parties’ Policy to ensure that a similar incident does not occur in the future.”

“Today, I accepted a 30 game suspension from Major League Baseball resulting from my actions on October 30, 2015. I want to be clear, I did not in any way harm my girlfriend that evening. However, I should have exercised better judgment with respect to certain actions, and for that I am sorry. The decision to accept a suspension, as opposed to appealing one, was made after careful consideration. I made this decision in an effort to minimize the distractions that an appeal would cause the Yankees, my new teammates and most importantly, my family. I have learned from this matter, and I look forward to being part of the Yankees’ quest for a 28th World Series title. Out of respect for my teammates and my family, I will have no further comment.”

Chapman’s girlfriend reportedly told police that the pitcher choked her and pushed her against a wall, then fired eight gunshots in the garage of his Miami-area home. Chapman admitted to the shots but not the assault and was not arrested for the incident.

Manfred’s statement seems to suggest the suspension was mostly about the gunshots, which means we still don’t know how baseball will react to a straight-forward domestic assault case like the one involving NFL running back Ray Rice that occurred two years ago.

The real test case for Manfred could be Jose Reyes, who was arrested in November for allegedly assaulting his wife. Reyes is currently on paid leave while the court sorts through his case, but you have to figure if Chapman could get a 30-game ban for an incident for which he wasn’t arrested, Reyes could be in big trouble.

MLB’s domestic violence policy is only about six months old, and though Chapman’s suspension gave us the first glimpse of Manfred’s approach to this issue, it will be a while before we fully figure out how the system works. Manfred is under great pressure to take a stand against DV after the NFL royally screwed up its attempt to fairly punish Rice last winter.

The Yankees, who acquired the hard-throwing Chapman from the Reds in December, will likely begin the season with Andrew Miller closing in Chapman’s absence.