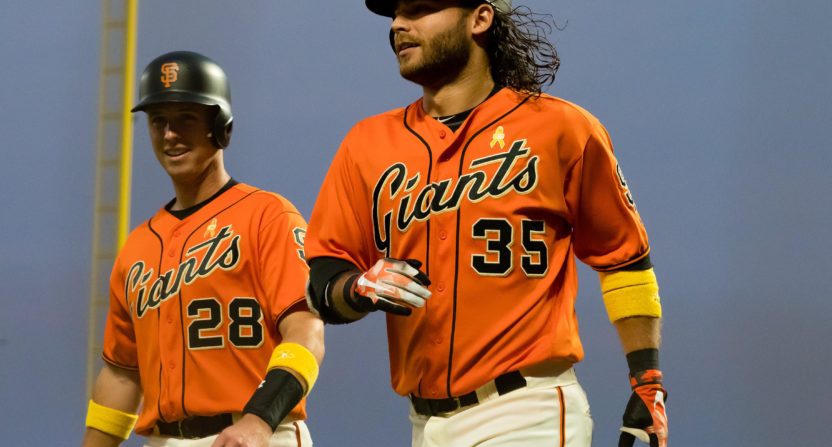 Though the Major League Baseball offseason is more than a month old, it feels as if it’s just getting started. With Shohei Ohtani and Giancarlo Stanton weighing big decisions and much of the baseball world waiting patiently for next week’s winter meetings, the hot stove has been turned down to simmer.

As the tension builds, the pressure rises for franchises looking to make a splash before next spring. And though every team can see its fortunes rise or fall depending on how the offseason breaks, this period matters more for some teams than for others, depending on their needs, their title windows, their financial positions and their expectations for 2018. We asked our staff which teams have the most at stake this winter. Here are their answers:

Joe Lucia:  The Miami Marlins are the easy choice for me, if only because of the drama surrounding the team’s payroll. If the Marlins trade Giancarlo Stanton just to save money and don’t get a decent return, they’ll have salary-dumped the reigning NL MVP, which won’t earn their new ownership group any goodwill from a Marlins fanbase that has been crapped on for years. If they somehow don’t trade Stanton and instead move guys like Marcell Ozuna and Christian Yelich, they’re probably going to have a worse season in 2018 than they did in 2017. It’s an incredibly tough situation, and the Marlins really can’t afford to screw this up. Good luck, Jeets!

Andrew Bucholtz:  I think the Giants really need a strong offseason, at least in terms of having some sort of coherent plan. This season was so brutal for their fans, especially as they were thoroughly bad without being in much of a rebuilding mode. I think this could go one of two ways; maybe they get Giancarlo Stanton, Shohei Ohtani or both, they add in some other pieces and they look like a potential NL West contender (especially if Madison Bumgarner stays healthy), or maybe they strike out on Stanton and Ohtani and consider moving bigger contracts, restocking the farm and starting an actual rebuild.

As the great Ron Swanson once said, “Never half-ass two things. Whole-ass one thing.” The Giants can certainly get the fanbase back on board if they find a way to contend, and they can get a decent amount of people back on board if they do a full-fledged rebuild, but a middle-of-the-road approach may only make things worse.

Matt Clapp: I’ll go with the Colorado Rockies. The Rockies had a very surprising 2017 season, winning 87 games and clinching a Wild Card berth. But it was also a pretty lucky season (as their Baseruns suggested record of 82 wins showed) that will be very difficult to repeat.

The Rockies had Nolan Arenado and Charlie Blackmon perform at an MVP level, which can of course happen again with these two great talents, but that’s hard to count on. They also got better-than-expected production from young starting pitchers German Marquez, Kyle Freeland, and Antonio Senzatela. Again, this can continue, but it’s hard to project that all of these things go right.

And that’s why the Rockies are currently projected for only 77 wins (8th in the NL) according to FanGraphs. It would be quite unlikely that the Rockies caught the Dodgers even with a great offseason, but right now they’re not as good as the Diamondbacks either and potentially not even as good as the Giants on paper (also projected for 77 wins). If the Giants add even just one of Giancarlo Stanton and Shohei Ohtani, they look better than the Rockies on paper, and it’s possible the Giants add both of them.

Now, the other side of this is that you could say that the Rockies may be better off accepting all of this and not getting carried away with an all-in offseason. I would probably advise that myself. But these are also the prime years of Arenado and Blackmon, and the Rockies will probably try to take advantage of these years as much as they can. Especially after just making the playoffs. So, if they really do want to make a serious run in 2018, they’re almost surely going to need a very productive offseason.

Ian Casselberry:  I think it’s the Cubs. Sure, they returned to the NLCS last season, but they were dispatched rather easily by the Dodgers. And getting to the postseason was such a slog, especially during the first half of the season when the World Series hangover couldn’t be shaken and the Cubs played like a team that thought it could flip a switch in October.

Theo Epstein has to address the starting rotation, especially if (as presumed) Jake Arrieta signs elsewhere. After signing Tyler Chatwood on Wednesday, he’ll now probably work the trade market in search of a young, cost-controlled starter, rather than spending too much on another free agent. The bullpen needs help too. Re-signing Wade Davis should be a priority, but getting a setup man or two behind him that Joe Maddon can trust would make a huge difference. Perhaps those problems can be solved by also addressing the Kyle Schwarber issue and finally acknowledging that there’s no spot for him in the Cubs lineup.

Alex Putterman: It’s gotta be the Giants, who are in the mix for Shohei Ohtani and Giancarlo Stanton and are reportedly pursuing J.D. Martinez as well. Their ability to pull off at least two major acquisitions could determine whether they can dream on a playoff berth next year. Coming off a 98-loss season in which everything went wrong, San Fran need a dramatic reversal of fortunes to be competitive in the near future, and that must begin this winter.

More than any other team, the Giants are teetering between contention and rebuilding, and the next few weeks will determine which path they ultimately choose. They’re a couple big moves away from being a potential playoff team. They’re also a couple offseason strikeouts away from tearing everything down to rebuild.