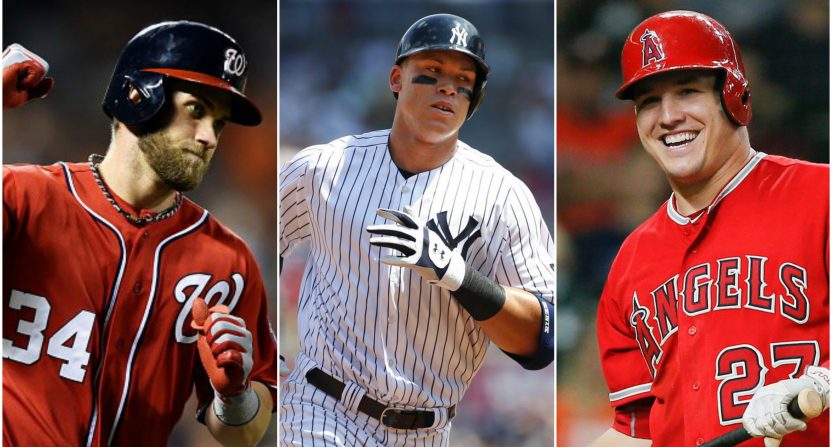 Believe it or not, baseball season is a full month old.

To celebrate the end of the first 30 days of the season, we asked our staff to pick their early-season MLB MVPs, without differentiating NL and AL. Here are their answers:

Who is the MLB MVP through one month of the season?

Brandon Liebhaber: Maybe this is a cop-out, but I’m going with Mike Trout. Not even 30 games into the season, and he already is worth half a win offensively more than anyone else in the league in WAR, according to Baseball-Reference. Seriously. He’s at 2.5, with a hot starter Ryan Zimmerman behind him at 2.0. The Angels might not be sexy, but they are currently hanging around in the AL West.

It’s tempting to become fatigued with players like Trout in favor of someone new an interesting. Don’t get me wrong. Aaron Judge has been incredible so far, and I’m fascinated with the resurgence of Ryan Zimmerman as much as any baseball fan. But through it all, Mike Trout is still Mike Trout. Which means he manages to be head and shoulders ahead of almost everyone else in the game.

And nobody is more valuable to his team than Trout. The Angels are one of just two teams in the AL West above .500. That’s with nobody else amassing more than a third of Trout’s bWAR so far. He’s at 2.5. The next three Angels behind him are worth a combined 1.7.

Joe Lucia: The Angels are floating around the .500 mark in a middling AL West, and the only reason why is Mike Trout. Aside from Trout, Andrelton Simmons is the only member of their offense pulling his weight. Three of their four most valuable pitchers so far this year are relievers, and their two best starters will be out for a significant amount of time. And then there’s Trout, somehow doing his thing as the best hitter in the American League despite getting no help whatsoever. It’s incredible.

Liam McGuire: I’d give Mike Trout the AL MVP. Besides being the best player in baseball, Trout’s production has been outstanding. Eight home runs, a league-best .452 OBP and consistently outstanding defensive production? Yep, Trout is Trouting.

Kevin McGuire: As much as I love watching Bryce Harper do his thing, it would be a mistake not to recognize the work being done by his teammate Ryan Zimmerman. It seems Zimmerman has rekindled his old flair as he leads the league hitting over .400 with 11 homers and 30 RBI. I have concerns this may not last, but at this point in the season I would go with Zimmerman as my MVP.

Alex Putterman: A few days ago, I would have said the MVP was Mike Trout. But super-sized Yankees rookie Aaron Judge just. will. not. stop. hitting. After an April in which he launched 10 home runs and won Rookie of the Month, Judge has whacked three more long balls in May. He’s now hitting .330/.433/.818 and leads the Majors with 2.5 WAR.

Judge is obviously less likely than Trout to keep up this pace for a whole season—for one thing, his home run/fly ball rate is inhuman—but if we’re talking first month only, he’s been the best in baseball. 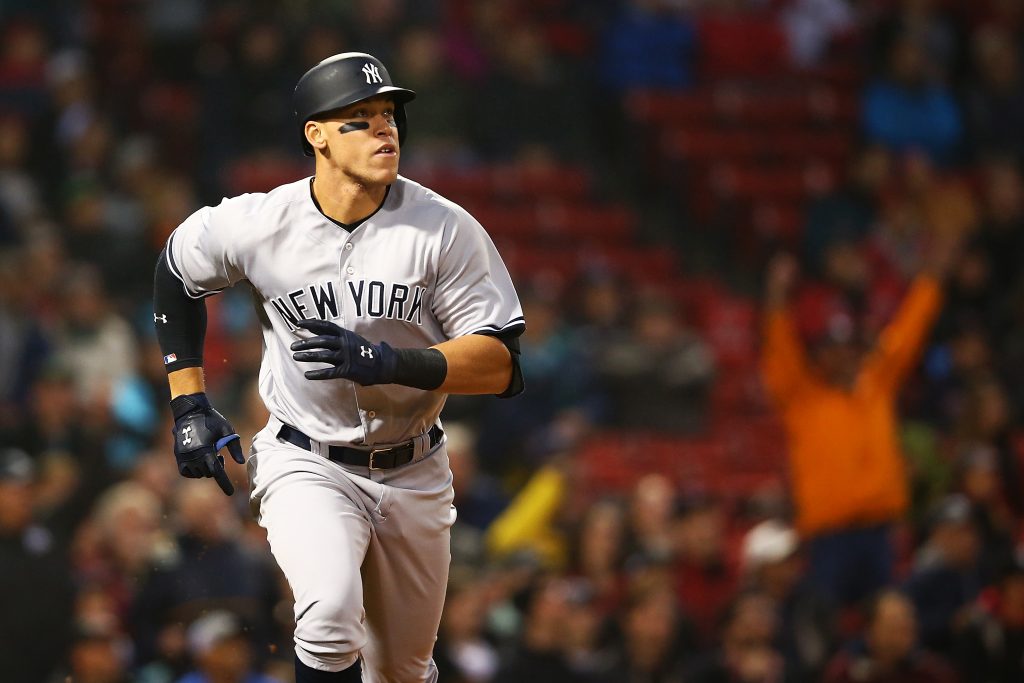 Ian Casselberry: My head is (loudly) telling me Bryce Harper. But I’m listening to my heart saying Aaron Judge. Sure, I’m dazzled by numbers like 13 home runs, a .818 slugging percentage and 1.251 OPS. I’ll even point to his 27 RBI, even though that’s not supposed to be a number we’re impressed by anymore. Whether you prefer Baseball-Reference’s WAR or FanGraphs’, Judge is either the AL’s top position player or tied with Mike Trout.

The hulking right fielder is a (literally) big reason for the Yankees’ impressive start to the season, which currently has them holding first place in the AL East. Without Judge, are the Yankees leading the AL in runs scored? While some thought the Yankees had a chance to contend, the struggles of the Red Sox and Blue Jays have helped push a decidedly younger team to the top of the division. Sure, pitching has been a big part of that. But Judge is the face of the Yankees’ success right now.

Matt Clapp:  I really like this question, because I think there are about 10 names you could say right now and not be “wrong.” But I’ll go with the guy that I also called the biggest surprise of the season far, Aaron Judge.

The Yankees have been the most surprising team in the early going, and Judge is the main reason why. The 6-foot-7-inch, 275-pound monster has a ridiculous 13 homers (and most of them were indeed ridiculous), a 1.251 OPS, and an MLB-best 2.2 WAR according to FanGraphs. It remains to be seen if he can keep it up at anywhere near this level, but so far he’s done his best to help accelerate the Yankees’ rebuild a year or two early.