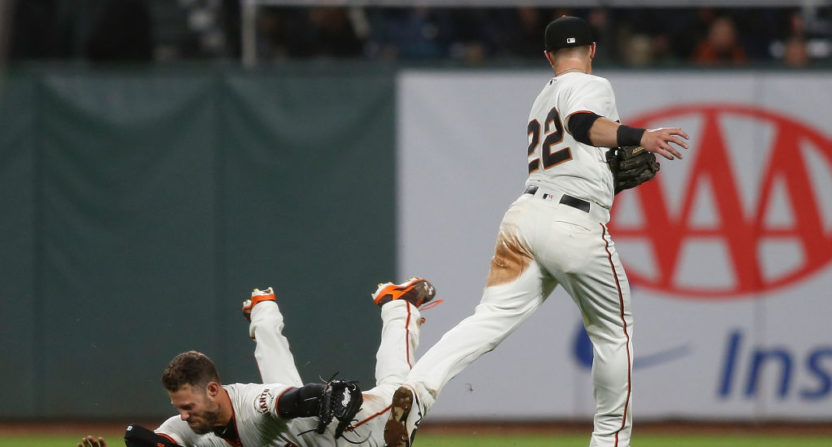 But this year, the NL could be hitting a new low. After the Athletics’ win over the Nationals on Saturday, the NL is currently 41-61 against the AL, for a .402 winning percentage that, if it lasts all season, would be the second worst in the 22-year history of interleague play. Relative to the AL, the NL is as bad as it has ever been.

Beyond just being flat-out worse than the AL, the NL is in many ways less interesting. The best player in baseball (Mike Trout) plays in the AL. So does the MLB home run leader and 2017 breakout star (Aaron Judge). Despite the perception that the NL has the game’s best pitchers, the AL actually has baseball top three ERA leaders this season. Even so, the AL has scored more runs and whacked more homers than the NL. MLB’s best team by record and run differential (the Astros) plays in the AL.

The NL standings are fairly uninspiring as well. Somehow, the Senior Circuit has only six teams at or above .500. Unless the surprising Rockies, Diamondbacks and Brewers all keep up their hot starts, the NL wild-card could be remarkably mediocre. We can assume the Nationals, Dodgers and Cubs (yes, the Cubs will be OK) will make the playoffs, but after that the NL is a league full of question marks.

Entering the year, the lead NL wild card favorites were the Mets, Giants, Pirates and Cardinals. Well the Mets have been destroyed by injuries, the Giants and Pirates are in last place and the Cardinals are under .500. No one expected the NL playoff picture to be particularly exciting, but it’s looking even duller than we could have imagined.

Basically, the AL is dominating interleague play, carrying a disproportionate number of the game’s best storylines and shaping up for a far better playoff race than the NL.

And the NL? At least it’s got Bryce Harper.