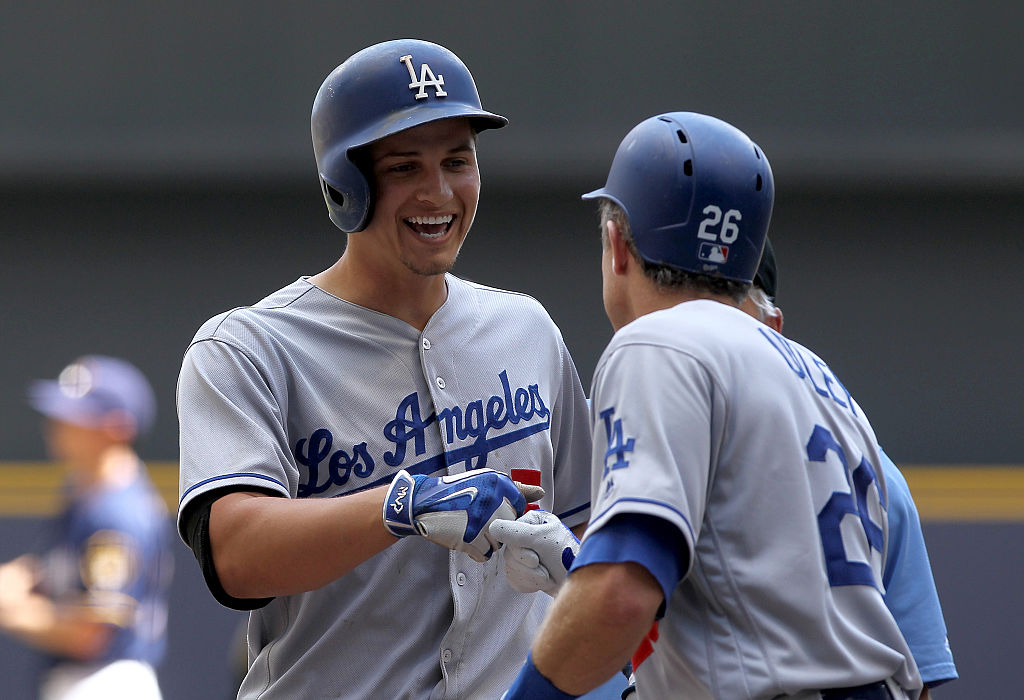 The National League is top heavy. The leaders of all three divisions have looked pretty formidable over the first few months of the season: the Nationals are playing up to their potential, the Cubs have steamrolled just about everyone in their path, and the Giants have pitched their way towards the top of the league.

But the rest of the league has been treading water, sometimes keeping within striking distance of the big three, but not exactly leaving any of them shaking in their boots.

Is it fair, then, to call any of the teams in the hunt for the Wild Card true contenders? There are only four other clubs with winning records in the NL, and none of them are setting the world on fire. Let’s take a look at each:

Los Angeles Dodgers: They’ve managed to make up some ground due to the Giants’ recent struggles, but were dealt a huge blow when Clayton Kershaw was placed on the DL with a back injury.

Their rotation was in shambles before Kershaw went down, and adding Bud Norris is a Band-Aid that’s barely covering a gaping wound. Their offense is good enough to keep them in contention, but it’s going to be a tough road ahead without Kershaw. They have to hope he heals quickly, along with any of the other five starting pitchers they have that are currently injured, if they hope to keep their heads above water in the Wild Card race (let alone keep pace with the Giants).

St. Louis Cardinals: Are they any good? They recently swept the Cubs but are still miles back of them in the division, and they’re barely over .500. Their starting rotation is shaky, they’ve reorganized their bullpen, and aside from a few bright spots their lineup isn’t very strong.

This looks like the weakest Cardinals team in quite some time, and it wouldn’t be a shock to see their string of five straight playoff appearances come to an end. Yet still, they’re in the thick of the Wild Card race by default, and their +72 run differential is third-best in the National League and fourth-best in baseball, behind just the Cubs and Nationals in the NL and only the Indians in the American League.

New York Mets: Last year’s league champs haven’t quite put it together this year, and now there’s concern about the health of Noah Syndergaard and Steven Matz on top of the concern about Matt Harvey. They’ve underachieved and haven’t looked anything like last year’s juggernaut, from the lineup on down. They’re arguably the most talented of the Wild Card teams, but that won’t mean much if they don’t start living up to it.

Miami Marlins: A pretty stellar bullpen added another piece when they traded for Fernando Rodney, and their lineup is probably the most dangerous of the second place teams. Their rotation is troublesome behind Jose Fernandez, though, and if they don’t address that before the trade deadline it’s easy to picture them fading down the stretch.

The only other teams in the NL that are even close to .500 are the Pirates and the Rockies (!!), and both of them have major problems that will likely prevent them from being serious contenders the rest of the way. So barring a major collapse from one of the division leaders, the NL Wild Card race is down to the four teams mentioned above. Do any of them look like serious threats?

Who knows? Someone could catch fire: the Dodgers might outscore everybody, the Cardinals might conjure up more of their devil magic, the Mets might start pitching like Hall of Famers again, and the Marlins might go on a crazy run. All possible. Probable? Not totally. But possible.

But unless that happens, this looks like it could be the weakest Wild Card field the National League has ever seen — and the team that finishes with the best record in the league could have a more significant advantage than usual in October.