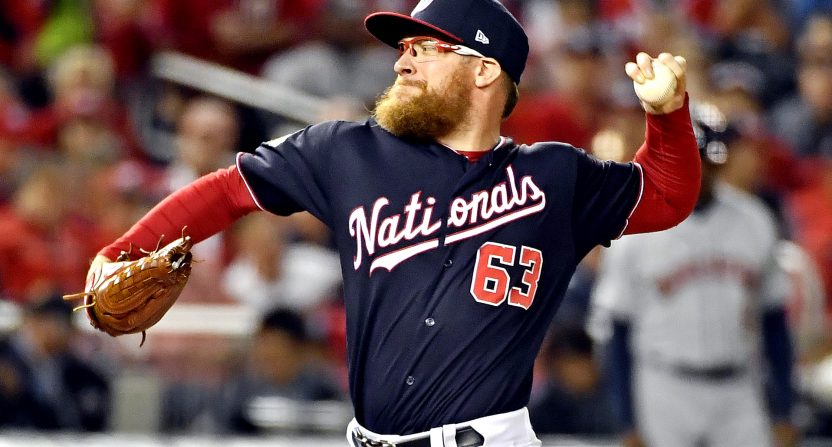 Washington Nationals’ pitcher Sean Doolittle has long been a voice of reason amongst Major League Baseball players at critical times. He was a vocal leader back in 2016 regarding MLB player drug suspensions and the unfair system around them. After arriving in DC via trade, the UVA grade offered some much-needed perspective in the wake of the Charlottesville riot in 2017. And many have looked to him regarding the impending return of MLB players following the initial postponement of the 2020 season and the subsequent plans to restart it.

Bear with me, but it feels like we've zoomed past the most important aspect of any MLB restart plan: health protections for players, families, staff, stadium workers and the workforce it would require to resume a season. Here are some things I'll be looking for in the proposal…

Sunday, Doolittle provided some fresh perspective on the return of MLB. During interviews with the media, he said that he’s currently leaning on returning to play but won’t hesitate to back off if he feels unsafe. It was part of a larger response to the potential return of fans to stadiums that laid bare the concerns of rational people at a time when it feels like so many are willing to cut corners to get back to “normal.”

Here it is. The question was about some owners recently suggesting that there could be fans in parks later this season. Sean Doolittle's answer touched on a lot more: pic.twitter.com/M1eFONQpPZ

“…we’re trying to bring baseball back during a pandemic that’s killed 130,000 people. We’re way worse off as a country then we were in March when we shut this thing down. And like, look at where other developed countries are in their response to this. We haven’t done any of the things that other countries have done to bring sports back.”

While they might not be thoughts you haven’t heard elsewhere, it never hurts to have someone in a position like Doolittle’s remind us what the situation is and why it might not make a lot of sense to put so much effort into rushing baseball back while there are so many issues to deal with and problems we seem unwilling to fix. As he says, “sports are like the reward of a functioning society,” and it feels a bit like we want the reward without doing anything to earn it.

Doolittle also added that he hasn’t seen the level of PPE gear that players were promised before agreeing to return to the field. Given that two Nationals players have tested positive, it seems only logical that all efforts to protect the health and safety of the entire roster would be paramount. And yet…

Sean Doolittle: They still have not sent us the PPE gear players are supposed to have. He mentions N-95 masks, gloves, and says this is symptomatic of the negotiations being too focused on money and not enough on health and safety protocols.