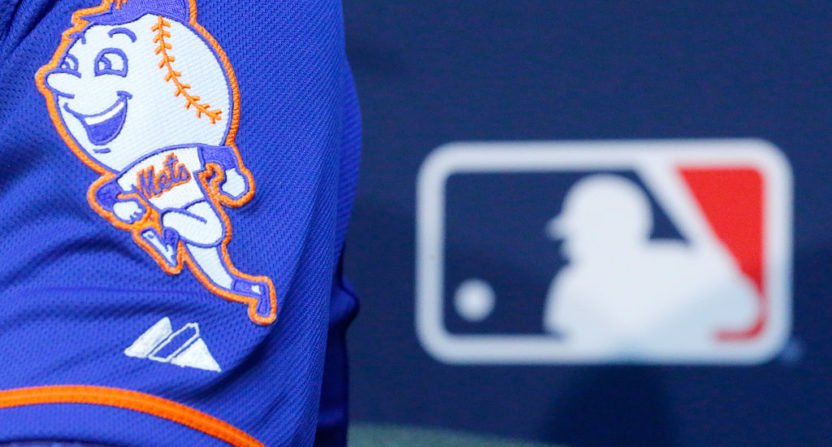 Some shocking Minor League Baseball news broke on Monday – the New York Mets would be buying the Syracuse Chiefs of the International League, and would be moving their AAA affiliate to Syracuse for the 2019 season (and presumably beyond).

But the Mets’ reported purchase of the Chiefs is huge for them, if only because it ends a turbulent time for the franchise’s AAA affiliate. The Mets have spent the last five seasons (and will also spend 2018) affiliated with the Las Vegas 51s, which is nowhere near Flushing, Queens. Las Vegas isn’t a desirable market for many reasons, most notably its distance from much of the teams in the league and the sorry state of the team’s home ballpark, Cashman Field.

Before being shuttled off to Vegas, the Mets spent four years affiliated with the Buffalo Bisons. However, at the end of the contract, Buffalo ended up shunning the Mets in favor of the much closer Toronto Blue Jays, who had previously been affiliated with the 51s for four seasons. Ironically, the Jays’ AAA affiliate before Las Vegas? The Syracuse Skychiefs/Chiefs.

The team that is likely going to be screwed by the Mets’ purchase of the Chiefs is their division rival, the Washington Nationals. The Nationals have been affiliated with Syracuse since the 2009 season following two years in New Orleans and two in Columbus. The New Orleans Zephyrs have been rebranded as the New Orleans Baby Cakes, and they have a player development contract (referred to as a PDC from here on out) with the Marlins through the 2020 season (who they have been affiliated with since 2009).

Buffalo and Columbus, currently affiliated with the Indians, are both possibilities for the Nationals, but it’s doubtful that either the major or minor league club would be too eager to move on. After all, the Indians are the reigning AL champion (for at least the next week) and Columbus is much closer to Cleveland than Washington, and I’ve already mentioned the link between Buffalo and Toronto.

Other pickings in the International League are slim. The Yankees own a chunk of their AAA team, the Scranton/Wilkes-Barre RailRiders. The Norfolk Tides, who were the Mets’ affiliate for nearly 40 years, have been with the Orioles for over a decade, and their ownership group also owns Baltimore’s AA and high-A teams. The Cincinnati Reds and Louisville Bats have been affiliated with each other since 2000. The Tampa Bay Rays and Durham Bulls have had an affiliation since 1998, the Rays’ first year in the majors. The Detroit Tigers have been affiliated with the Toledo Mud Hens continuously since 1987.

The best bet in terms of an International League team may be the Rochester Red Wings, also located in upstate New York, but even then, they’ve been affiliated with the Minnesota Twins since 2003 following a 40+ year stint with the Orioles.

If the Nationals were to look at a PCL team that is *not* the Las Vegas 51s, the Nashville Sounds could be an interesting fit. Nashville has only been affiliated with the Oakland Athletics since 2015 following a decade with the Milwaukee Brewers. The A’s are also much closer to Vegas than the Nationals (or any team in either of MLB’s East or Central divisions), and there’s a weird connection there with the Oakland Raiders’ impending move to the city and the Athletics’ previously held home games at Cashman Field.

There are a handful of other PCL franchises with expiring PDCs following the 2018 season, but I didn’t mention them because they’re nearly as far (or further, in some cases) from Washington as Las Vegas or they’re not going to end their affiliation with their major league club. The Omaha Storm Chasers aren’t leaving the Royals. The Tacoma Rainers aren’t leaving the Mariners. The Nationals probably wouldn’t be all that thrilled with an affiliate in El Paso, Fresno, Reno, or San Antonio (where the Colorado Springs Sky Sox are moving following the 2018 season).

So, while there are handful of franchises that *could* get screwed over by the Mets buying the Chiefs, it’s probably going to be the Nationals, with an outside chance of the A’s or Twins. The best thing for the Nationals to do in this situation would be to look into buying an AAA team in the general vicinity of Washington or to buy a struggling AAA team further away and move it closer (at the risk of forcing the International League and Pacific Coast League to trade teams in order to have an even number).

1 thought on “The New York Mets AAA affiliate is heading back east, and another organization will be screwed in 2019”