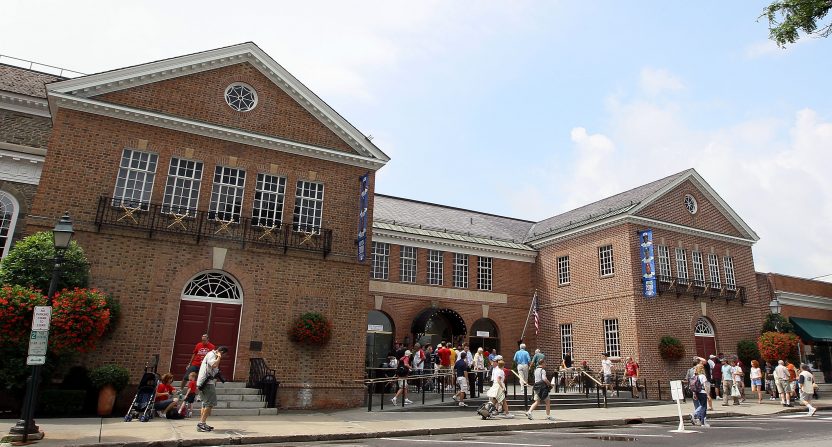 The push is on to make baseball the first official sport of the state of New York. Because some legislators don’t have enough on their political plates these days, one state senator is proposing a bill that would certify baseball as “New York’s official state sport.”

The bill was introduced recently by Sen. James Seward, a Republican representing Cooperstown. Cooperstown, of course, is home of the National Baseball Hall of Fame and Doubleday Field, so you can already understand the hot-button issue that helped make Seward the representative of the Mecca of the baseball world. The inspiration to introduce the bill came from a fourth grade class in search of a new state symbol.

“From the National Baseball Hall of Fame and Museum in storied Cooperstown, to the Mets and Yankees – the pinnacles of Major League Baseball — to our recently crowned Little League World Series champions from Maine-Endwell, New York state is clearly the epicenter of baseball greatness,” Sen. Seward said in a statement, which will surely play well with New York baseball fans but cause the rest fo the baseball world to roll their eyes at the New York elitism on display here. But hey, you play to your home crowd, right?

Nobody would question the great baseball history that resides in the state of New York. Aside from the Yankees and Mets currently playing in the state, New York is also home to the National Baseball Hall of Fame and Museum in Cooperstown and is the state where Jackie Robinson broke baseball’s color barrier with the Brooklyn Dodgers and Willie Mayes became a star with the New York Giants.