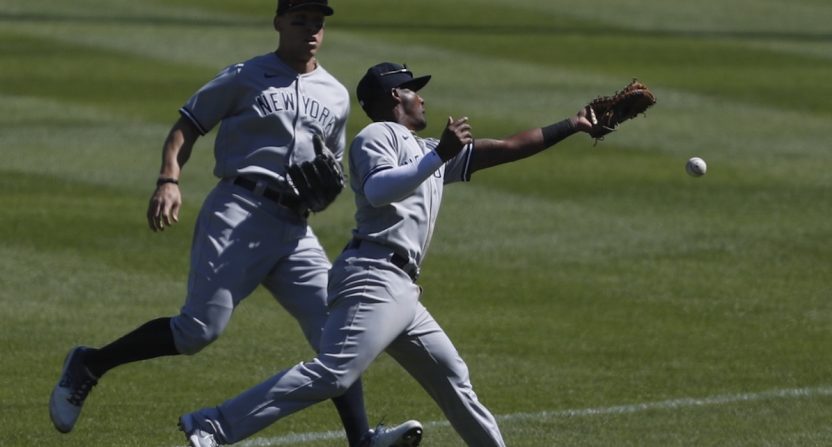 Should we begin to worry about the New York Yankees?

Maybe panicking over a bad week is an overreaction. Last week, the Yankees were just a half-game out of first place in the American League East after six wins in a row and victories in 12 of their past 15 games.

Every team will have a bad week during the course of a long, 162-game season. But following a three-game sweep by the Tigers at Detroit and seven games versus the two teams ahead of them in the AL East, there might be legitimate reason for concern.

Getting swept by the Tigers certainly doesn’t look good. Detroit is the third-worst team in the AL and in the midst of a rebuild that fans don’t believe is making enough progress. Coming into the Yankees series, the Tigers had lost five of their past six.

However, the turn of the starting rotation worked out in Detroit’s favor with Casey Mize, Spencer Turnbull (two starts removed from throwing a no-hitter), and Tarik Skubal pitching. Sometimes, the schedule sets a team up to pitch its three best starters in a series. The trio showed why there’s some reason for optimism in Detroit, combining to allow two runs and 11 hits over 16 2/3 innings with 21 strikeouts.

On the other side, pitching wasn’t so fortuitous for the Yankees. Yes, they had Gerrit Cole go in the first game of the series and he performed like the ace he is. He allowed one run and six hits over six innings, matching Mize in a pitcher’s duel. But Deivi Garcia gave up five runs (four earned) the next day and Michael King, subbing for the injured Corey Kluber, allowed four runs (two earned) in 2 1/3 innings.

As those earned-run numbers indicate, the Yankees defense didn’t help its pitchers in those last two games. A Rougned Odor error allowed the go-ahead run to score in Game 2 of the series. And three errors (two by Gleyber Torres) helped the Tigers turn a 2-0 to a 6-0 margin in the third game.

Those three games in Detroit demonstrated why the Yankees are playing so poorly right now. Torres has nine errors at shortstop. Gio Urshela has five (four at third base). Garcia was demoted to the minors after his poor start. And other than Cole and Domingo German, the Yankees’ starting pitchers aren’t performing well. (Kluber had a 3.04 ERA and threw a no-hitter, but suffered a rotator cuff strain that will sideline him for at least two months.)

Starting pitching looked as if it might give the Yankees the edge over the competition in the AL East, but that was based on Kluber and Jameson Taillon staying healthy and pitching well. Kluber made that strategy look good until he broke down, but Taillon has strugged with a 5.10 ERA despite 55 strikeouts in 47 2/3 innings.

But offense is currently this team’s major flaw. The Yankees’ center fielders have the worst production in Major League Baseball, batting a combined .184 with a .563 OPS. Their first basemen are batting .184.

After the Yankees’ 3-1 loss to the Tampa Bay Rays on Memorial Day, the team has now lost four in a row and is a season-worst 5 1/2 games behind in the AL East with a 29-25 record. The Toronto Blue Jays are only one game behind. With three games remaining against the Rays this week, followed by a three-game set versus the Boston Red Sox, the Yankees could get pushed pretty far down the hill. The climb back up wouldn’t be insurmountable, but could be rather steep.

If the Yankees don’t improve in the standings, they won’t be in the postseason — which would be a shocking outcome for a team many (including the guy writing this article) thought would be the best in the AL. Other than MLB owners, no one may be rooting for a late decision to expand the playoff field to 16 teams again more than the Yankees.

Fortunately, there’s still plenty of time remaining in the 2021 season for the Yankees to change direction. General manager Brian Cashman has two months until the MLB trade deadline to figure out what this team need and if the resources are available to make any impact deals. (Maybe for Colorado Rockies shortstop Trevor Story?)

The Yankees have four months overall to turn around. If they can get through this week without burying themselves, maybe they can still approach those preseason expectations. Right now, however, there’s reason to sweat.