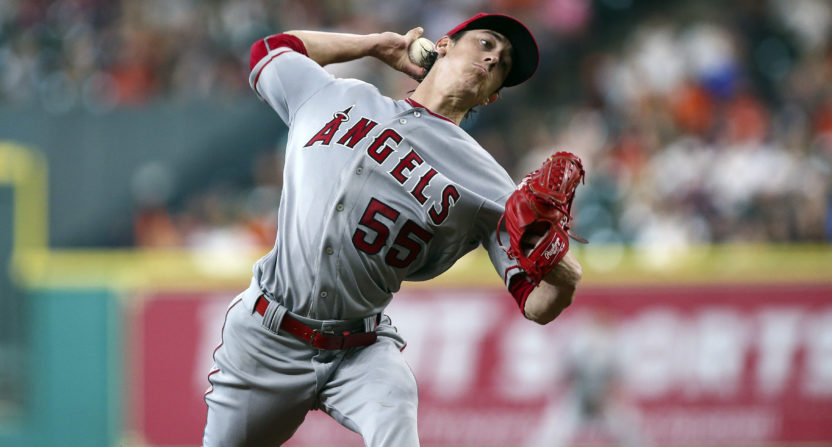 When news broke back in December that former ace Tim Lincecum was interested in a comeback, it seemed like little more than a novelty story. The two-time NL Cy Young winner had not pitched since 2016, when he posted a 9.16 ERA in 38 1/3 disastrous innings for the Los Angeles Angels. The idea that he could truly return as a productive big-leaguer appeared far-fetched, to say the least.

But on Tuesday, Linceum reportedly signed a major-league deal with the Texas Rangers, and according to Jon Heyman of FanRag, he will have a chance to compete for the team’s closer role.

The fact that the Rangers, along with several other teams, were willing to offer Lincecum a major-league contract means the righty must have really, really dazzled scouts at his showcase earlier this month. Reports had him hitting 90-92 miles per hour on his fastball (up from the high 80s late in his career), but it takes more than respectable velocity to earn a major-league roster spot. For multiple teams to have decided he was worth a guaranteed contract, he must have looked something like his old self.

To put Lincecum’s deal in perspective, Matt Belisle posted a 3.05 ERA and nine saves in 106 1/3 innings over the past two seasons and had to settle for a minor-league contract (with the Indians). Lincecum didn’t pitch last season after being one of the worst hurlers in baseball the year before and wound up with a big-league deal.

Lincecum, of course, was once one of baseball’s very best pitchers, pitching to a 2.81 ERA from 2008-11 while making the All-Star Game all four seasons, leading the National League in strikeouts three times and winning two Cy Youngs. But beginning in 2012, he spent four seasons as a well below average pitcher, posting a 4.68 ERA as his velocity dipped and his command abandoned him. His disastrous stint with the Angels seemed to be the end of a short but impressive career.

Lincecum then disappeared, to the point where the San Jose Mercury-News ran a piece on him titled “Where have you gone, Tim Lincecum? In search of beloved Giants ace.” In December, however, the righty reappeared in an Instagram post from Rockies pitcher Adam Ottavino looking uncharacteristically muscular. Since then, the comeback has been on.

Lincecum now joins a Rangers team with a somewhat shaky bullpen and no proven closer. If his stuff is as impressive as Texas apparently thinks it is, he could provide a needed boost. And if he carves out a role and finds success in Arlington, it will be one of the craziest, most unlikely stories of the season.