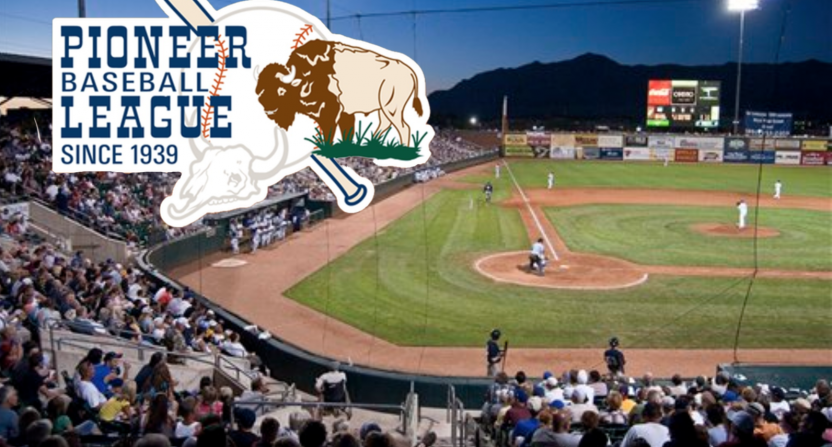 Baseball doesn’t appear to like extra innings anymore. Trying to prevent ballgames from going beyond the 10th inning might be inspiring the most creativity among rule-makers and executives right now.

On Tuesday, the independent Pioneer League announced that its minor-league games won’t go into extra innings during the upcoming season. Instead, if a game is tied after nine innings, teams will compete in a home run derby contest to decide the winner.

Or, as the Pioneer League is calling it, “a Knock Out rule.” As the league’s official release explains, each team will pick a hitter to face five pitches. If the game is still tied after that round, another batter will be selected to participate in “a sudden-death home run face-off.”

Apparently, a batter from each team facing each other using baseball bats as swords on the pitching mound is not an option if the game continues to be tied after additional rounds. But hey, it’s the minor leagues and the Pioneer League isn’t affiliated with a major-league organization, so maybe that can’t be completely ruled out. En grade!

The Pioneer League’s new rule comes one season after Major League Baseball implemented a new rule to prevent tied ballgames from going deep into extra innings. In the 10th inning, the team batting has a runner on second base in an attempt to increase a scoring chance and presumably end a game more quickly. Longer ballgames were especially a consideration during the COVID-shortened 60-game season which had very few off-days on the schedule.

But the “runner-on-second” rule was successful enough that MLB kept it in place despite returning to a full 162-game campaign for the 2021 season. Boston Red Sox manager Alex Cora would like to see the league double down on the rule in subsequent extra innings.

Alex Cora would like to see these extra-inning rules:

10th inning starts with a runner on second.

11th inning starts with runners on first and second.

That’s surely going too far for most baseball traditionalists, as you can see in the replies to Peter Abraham’s tweet. Plenty of fans already feel that the runner on second is a gimmick too far.

But a 12th inning with the bases loaded? (And one out, as Abraham wrote in a follow-up tweet?) Oh, man — that would be chaos. And possibly really fun to watch, even if it was a contrived situation rather than something happening organically within a ballgame.

Besides, these rules are only in place for the regular season. Postseason games nor the World Series are going to be decided with runners automatically on base to begin extra innings. Just like Stanley Cup Playoff games aren’t decided by shootouts, as NHL contests are during its regular season.

At least with the shootout, there is still a base component of hockey: skater vs. goaltender. Even if the 10 players who would normally be on the ice are eliminated, a goalie can still stop a scoring attempt. A skater can still use his skill to score, dekeing out the goalie or perhaps blasting the puck past him.

With a home run derby, it’s entirely upon the batter to hit the ball into the seats. The pitcher won’t be trying to strike him out. There’s no strategy involved. It’s a feat of strength. And while there’s obviously skill involved in hitting the ball over the fence, the circumstances of the contest are set up for the batter to succeed. This isn’t what you would see in the normal course of a baseball game. It’s a contrived scenario, so it feels “fake.”

The consolation here is that the Pioneer League is adopting this “Knock Out” on its own, rather than testing it out for MLB. Yet other rules experiments like a designated pinch-hitter and designated pinch-runner, hitting or running for a player who would not have to leave the game, might get a look.

MLB executives will surely keep an eye on how reducing extra innings with a home run derby goes, but seem highly unlikely to adopt such a gimmick. There are some ideas, no matter how much fun they might be, that should probably stay in the minor leagues.