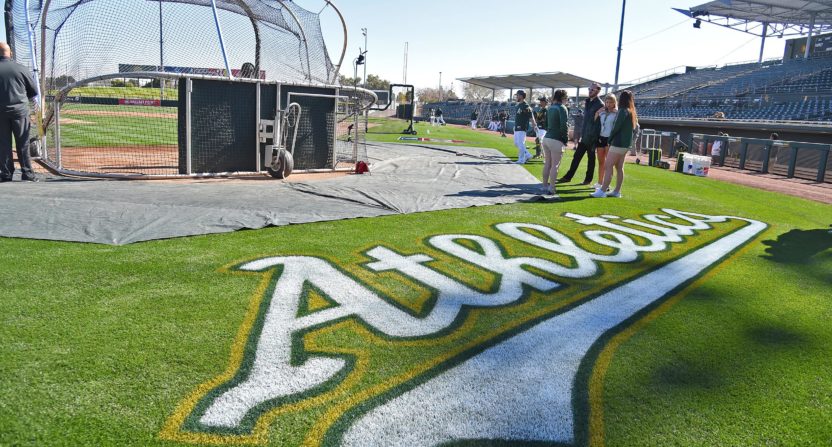 For a city by the Pacific Ocean, areas of Oakland can be prone to flooding, which is sometimes the case with the A’s longtime home. So with that in mind, the team is looking at sites in the city that are in higher sea levels in order to minimize the risk of flooding.

A’s Team President Dave Kaval mentioned, the team is taking into account sites for their future feasibility. While it may be okay to build on now, some places may be in danger 50 years from now due to climate change rising sea levels on the coasts.

According to the San Francisco Chronicle:

“We have the three sites in Oakland we deem as viable,” Kaval said. “Peralta was obviously our preferred site. … We’ve kind of taken stock and we’re really spending a lot of time on the other two sites to determine their feasibility. And that includes: technically, can you build it there, especially on the waterfront?”

Kaval mentioned twice that the Howard Terminal site would have to take into account sea-level rise and transportation concerns — and he said there have been conversations with the city and county and the Joint Powers Authority about developing the Coliseum site.

“Peralta” is the location in downtown Oakland that is at Laney College. While that would be an ideal location, it seems increasingly unlikely for a baseball stadium to go there. Howard Terminal is the A’s second option but is an area that might be in danger for rising sea levels.

The third option is to stay on the same site and to build a new stadium there. That would require the team to temporarily move while the new stadium is built and the county would want the team to buy the land for the next stadium but at least it’s a site that already has a stadium there and isn’t going to result in unseating anything else.