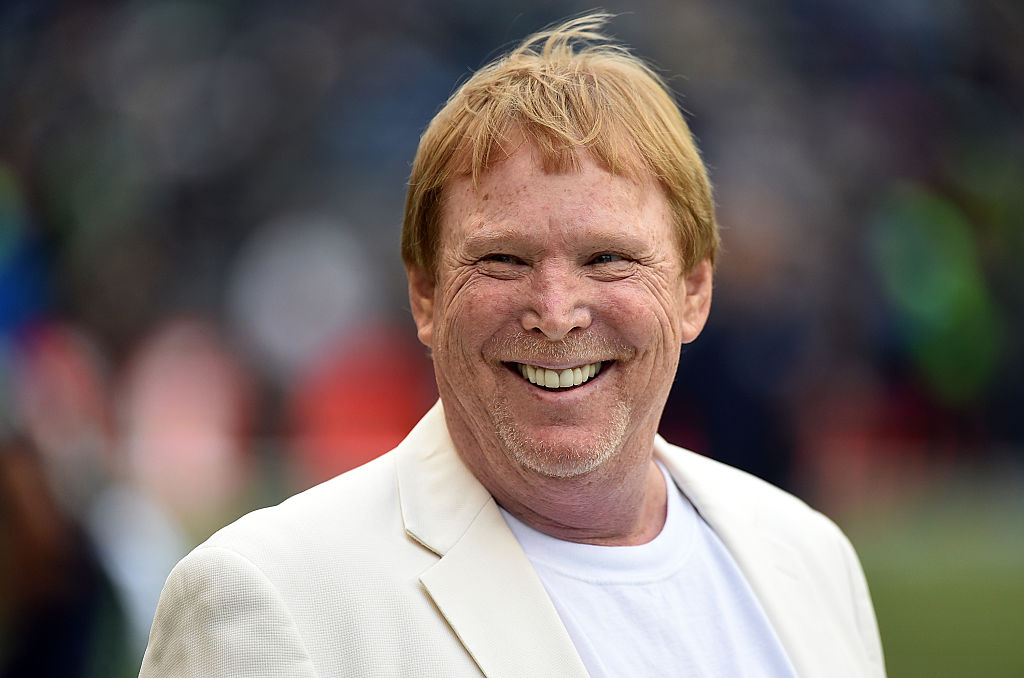 The Oakland Raiders were rejected from moving to Los Angeles, reportedly because the NFL’s owners still hate Al Davis, and apparently owner Mark Davis is taking out his anger on the Oakland Athletics, with whom they share a stadium.

Davis had the following to say about his city’s baseball team, via CSN Bay Area:

“If in fact the A’s do want to stay in the Oakland Coliseum site, they need to commit ASAP so that we can go ahead and design and take down the Coliseum, provide all the infrastructure that’s necessary to build two new brand new stadiums in Oakland, and two teams would then come back in and play in two brand new stadiums,” Davis said.

“ … What it’s going to take to get something done on this site, and in Oakland, at least on the Coliseum site, is for the A’s to make a commitment to Oakland and tell the people what they wanna do. And they gotta tell these people here (pointing to political leaders), and these people here have to tell me what’s gonna happen. That’s what I’ve been saying continually and consistently all the way along.”

The A’s have been trying for years to get out of the Coliseum, which is a truly terrible baseball venue, but MLB and the San Francisco Giants have blocked them from moving to San Jose.

That said, it seems awfully disingenuous for Davis to talk about the A’s needing to commit to Oakland right after the Raiders spent months trying to skip town.

The A’s responded to Davis’ comments first with this statement from the team:

And then with following statement from owner Lew Worlff, via newballpark.org:

“It is unfortunate Mr. Davis decided to bring the A’s into his discussion about the Raiders’ stadium lease. We respect his right to explore his options in and out of Oakland, including his widely reported consideration of Los Angeles and other markets. The A’s signed a 10-year lease at the Coliseum because we are committed to Oakland. Mr. Davis has said he is fully committed to do a new football stadium in Oakland and there is nothing in our lease that precludes Mr. Davis and the Raiders from building on the Coliseum site. As we stated yesterday, the A’s are aggressively working with the city to evaluate venue sites in Oakland. Our efforts are fully focused on Oakland. Although the Coliseum remains the main focus of our venue efforts, we are also evaluating potential sites throughout Oakland. We are confident our efforts will continue to move forward and we will share our progress throughout the process.”

Between the Warriors moving to a new arena in San Francisco, the Raiders campaigning to leave and the A’s searching for a stadium wherever they can get one, it’s seems like kind of a rough time to be an Oakland sports fan. Then again, all three teams are still there, and the Raiders and A’s look like they’ll be around a while, whether or not they learn to get along.