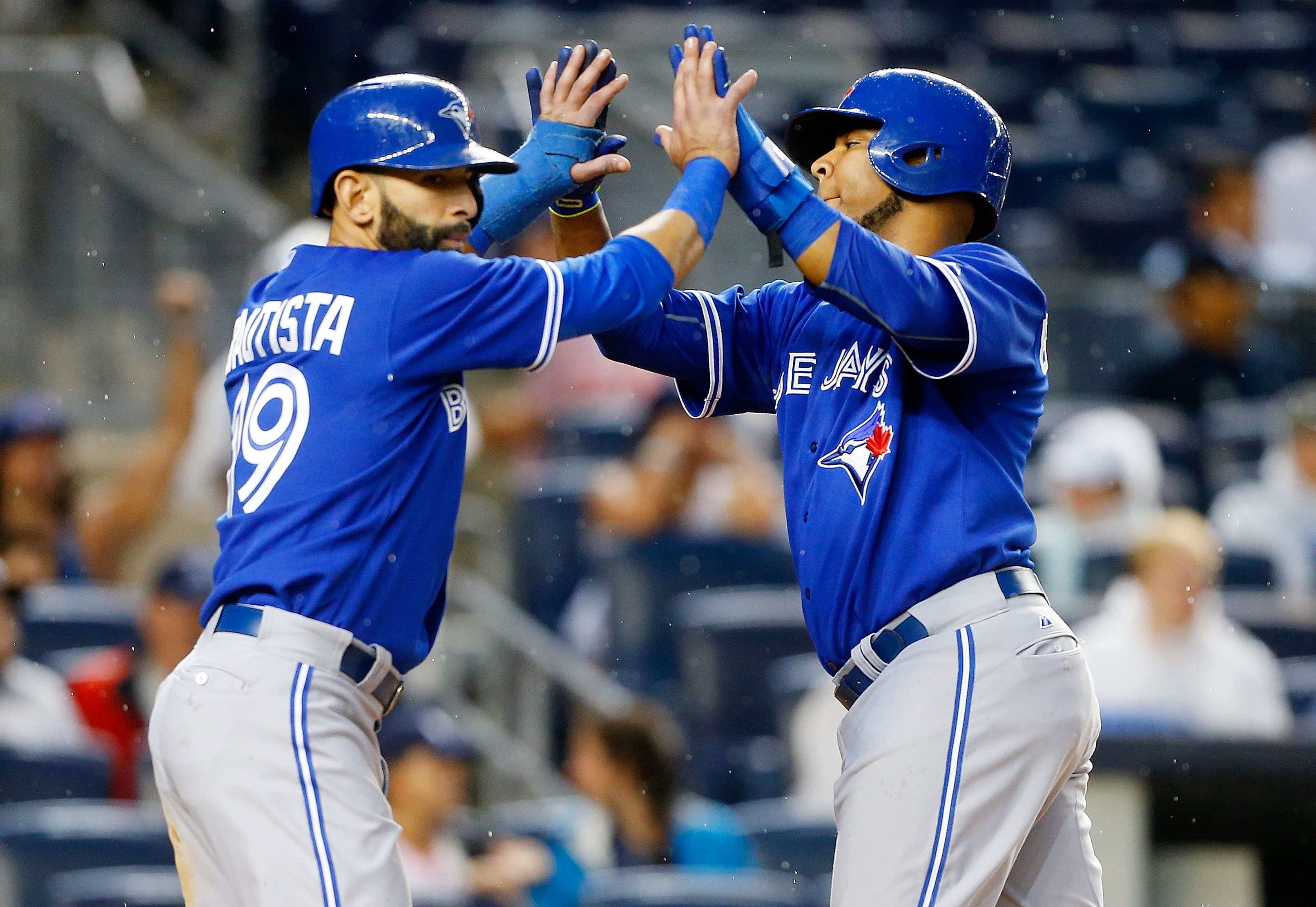 This winter’s MLB free agent class is generally pretty weak. There’s not an ace starting pitcher or even a dependable No. 2. There’s no mid-20s stud hitting the market early. If you need a middle infielder, your best bet might be Sean Rodriguez. If you’re looking for a catcher, your options are an injured Wilson Ramos or Matt Wieters coming off the worst season of his underwhelming career.

But there’s one type of player available in abundance this winter: the over-30 offense-first slugger.

If your team could use a guy to bat fourth, hit 30 home runs and cost you in the field, you might try Edwin Encarnacion. Encarnacion, who will be 34 by Opening Day, has averaged 39 homers a year over the past five years, with an impressive 146 OPS+. He’s also a liability at first base who is better suited for a full-time DH role.

Or you might try Encarnacion’s Blue Jays teammate, Jose Bautista. Despite a down year in 2016, the 36-year-old Bautista is one of the game’s most feared sluggers, having hit 249 home runs and posted a 151 OPS+ since 2010. But it’s been several years since he was a passable outfielder, and he’s now probably best suited for first base or DH.

You could also try Mark Trumbo, who last year led the American League with 46 home runs and is set to turn only 31 in January, making him younger than some other free-agent options. Unfortunately, Trumbo has always been known as a butcher in the field no matter what position he’s been asked to play. During his career year at the plate in 2016, he was the third-worst defensive player in baseball, per Baseball-Reference.

Maybe you’ll try Mike Napoli, who has become somewhat of a cult hero for his personality, his beard and his penchant for appearing on playoff teams. The 35-year-old had somewhat of a renaissance in 2016, hitting a career-high 34 home runs. Then again, those homers came with a .239 batting average and 104 OPS+, and Napoli gave back runs when the Indians let him play first base.

Then there’s Yoenis Cespedes, who has emerged as a star over the past two seasons, hitting .286/.340/.537. Cespedes is not quite like the players mentioned above. He’s younger (just turned 31), more well-rounded at the plate and can be useful defensively when playing left field and not center. For those reasons, he’s widely considered the best free agent on the market.

Still, Cespedes is over 30 and likely to command a long-term deal, so even if he’s not currently a one-dimensional slugger, it’s easy to imagine he’ll become one well before his new contract ends.

So the question becomes, how will the market evaluate all these big-bat, small-glove players?

For most of baseball history, fans, managers, writers and executives have talked lustily about the five-tool player who helps a team not only at the plate, but also on the bases and in the field. And yet throughout the past century, we’ve glorified power hitters at the expense of well-rounded players whose brilliance is less easy to quantify. The recent influx of sophisticated defensive metrics has resulted in a somewhat higher premium on defense, but we’re not fully there yet.

At this time in 2015, the five best position-player free agents were Jason Heyward, Alex Gordon, Chris Davis, Yoenis Cespedes and Justin Upton. Heyward and Gordon were known as good hitters but great defenders, whereas Davis and Upton were expected to produce most of their value at the plate, and Cespedes was somewhere in the middle.

These were MLB Trade Rumors’ predictions for the contracts those four would sign, published last November:

And here are the deals those players actually ended up signing:

The market never really developed for Cespedes, resulting in a surprising short-term contract, but it’s the other four players whose deals offer some insight into the vagaries of the baseball free agent market. While the two bat-first sluggers got paid about what was expected (a little more for Davis, a little less for Upton), the two defensive stalwarts wound up with shorter, cheaper deals than most forecasters projected.

By any value statistic that takes into account defense and baserunning, Heyward was a far better player than Davis leading into their shared free agencies. From 2012 to 2015, Heyward accumulated 22.2 wins above replacement, per Baseball-Reference, while Davis racked up 15.1. Since Heyward broke into the majors in 2010, he’d been better than Davis, according to WAR, in every season. Plus, Heyward was three years younger than Davis. Based on his age and value, his contract could have justifiably been twice as large as Davis’.

But instead, Heyward and Davis received identical average annual values on deals of almost identical length. It’s worth noting that Heyward claims to have turned down more money from the Cardinals. But even if that’s true, the broader point stands: The much more valuable player got only a slightly better deal. (Of course, Heyward wound up having a tough 2016 season, but so did Davis. And Upton and Gordon, for that matter.)

What we learned last offseason was that baseball isn’t quite ready to embrace well-roundedness in the face of countable figures like home runs and RBIs. Most teams would still prefer a traditional slugger to a four- or five-tool player. That’s why Davis got more money than Heyward and Upton got (much) more money than Gordon, and it’s why we remember Willie Stargell, but not Reggie Smith and why David Ortiz has a better shot at the Hall of Fame than Carlos Beltran.

It’s also why there’s a good chance a few teams are going to open their wallets wide for this year’s crop of big-swinging sluggers. We’ll get another chance to evaluate whether MLB front offices think about defense and baserunning and versatility or whether they’re content to shoehorn Encarnacion, Bautista, Trumbo and Napoli into their lineups, collect the home runs and worry about the rest later.

Well-rounded third baseman Justin Turner produced 4.9 WAR in 2016, while Edwin Encarnacion was worth 3.7. Who gets a bigger contract this offseason will tell us a lot about how baseball teams think.