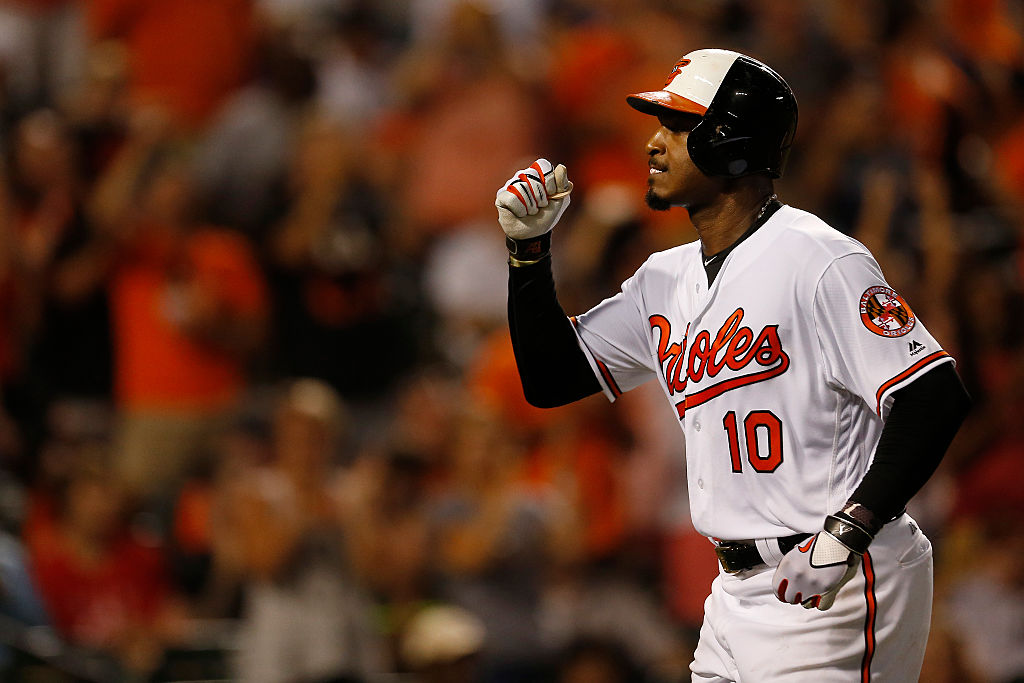 The attention being given to the growing national anthem protest movement started by San Francisco 49ers quarterback Colin Kaepernick has spanned far and wide, but remains noticeably absent from the baseball diamond. Why is that? Adam Jones of the Baltimore Orioles has a possible reason, and it is sure to rile up some.

“We already have two strikes against us already,’’ Baltimore Orioles All-Star center fielder Adam Jones told USA TODAY Sports, “so you might as well not kick yourself out of the game. In football, you can’t kick them out. You need those players. In baseball, they don’t need us.

“Baseball is a white man’s sport.’’

While baseball has taken strides in expanding the game to become more ethnically diverse than ever before with players from outside the country getting opportunities to perform, it has seemingly come at the expense of the African-American baseball player, which in itself has faded over the years as popularity with other sports rises.

“He believes in what he believes in,’’ Jones says of Kaepernick, “and as a man of faith, as an American who has rights, who am I to say he’s wrong?

Jones offered some more opinions on Kaepernick’s protest and what he is going through as a result of it.

“The First Amendment says we have freedom of expression. We’re supposed to be so free, so free. But any time anybody of color speaks up in the United States, for some odd reason, they always get the raw end of the deal. It sucks.

“So let’s just not say that in America, only one person can say something. We all have input because America has always been a country that has united everybody.’’

He also brought up the lack of a reaction to former 49ers player Bruce Miller’s arrest, and subsequent release, for aggravated assault.

“Here’s my thing,’’ Jones says, “there’s somebody on the 49ers’ team that commits an act like that, accosts a 70-year-old man and his kid, and nobody’s talking about that. But they talk about Kaepernick doing something that he believes in, as his right as an American citizen. People need to talk more about that guy than Kaepernick.

“He’s not receiving the ridicule and public torture that Kaepernick is facing. Is Kaepernick hurting me? No. Is he hurting random people out there? No. I support his decision.

“At the end of the day, if you don’t respect his freedoms, then why the hell are we Americans? It’s supposed to be the Land of the Free, right?’’

Jones did not say he will join in this movement, and it appears unlikely anyone in the baseball world will at this point. It will be interesting to see how the protest possibly spans into other sports like the NBA and NHL once their seasons get underway, if the protest movement is still around by then.