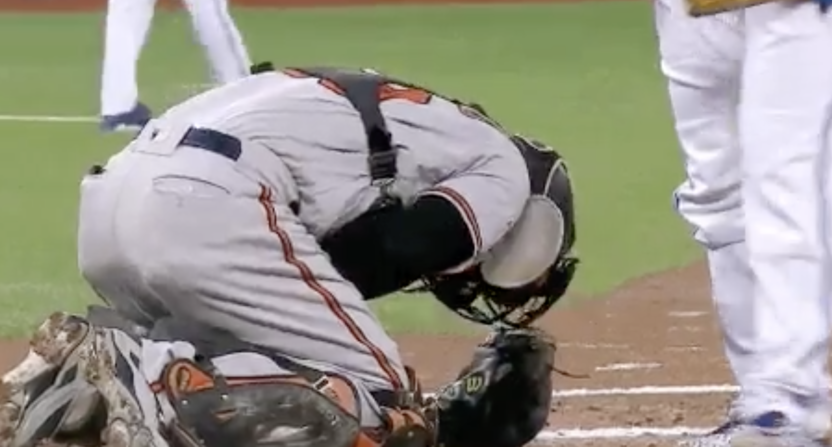 A catcher may wear all kinds of protection when crouching behind home plate to handle pitches in a game, but sometimes there simply is not enough protection in the world when you need it the most. For the second time this season, Baltimore Orioles catcher Wellington Castillo couldn’t manage to be on the receiving end of a foul tipped-ball in the worst possible spot.

Yep, he took a ball to the groin.

Wellington Castillo takes one where you don't want to take it #bluejays #orioles pic.twitter.com/wrTUt0jmM9

Yep, that one hurts just watching it. Castillo came out of the game and was taken to the hospital for treatment.

You have to love how the Orioles announced the injury news on Twitter.

What’s worse is, as noted by Big League Stew, this is not the first time this has happened to Castillo this season. Back in May, Castillo was placed on the disabled list with what was described as a “testicular injury.” That’s pretty blunt, and it is an injury nobody ever wants to experience.

If Castillo doesn’t get a sponsorship deal from the nation’s top protective cup manufacturers this offseason, then Castillo needs to hire a new agent.