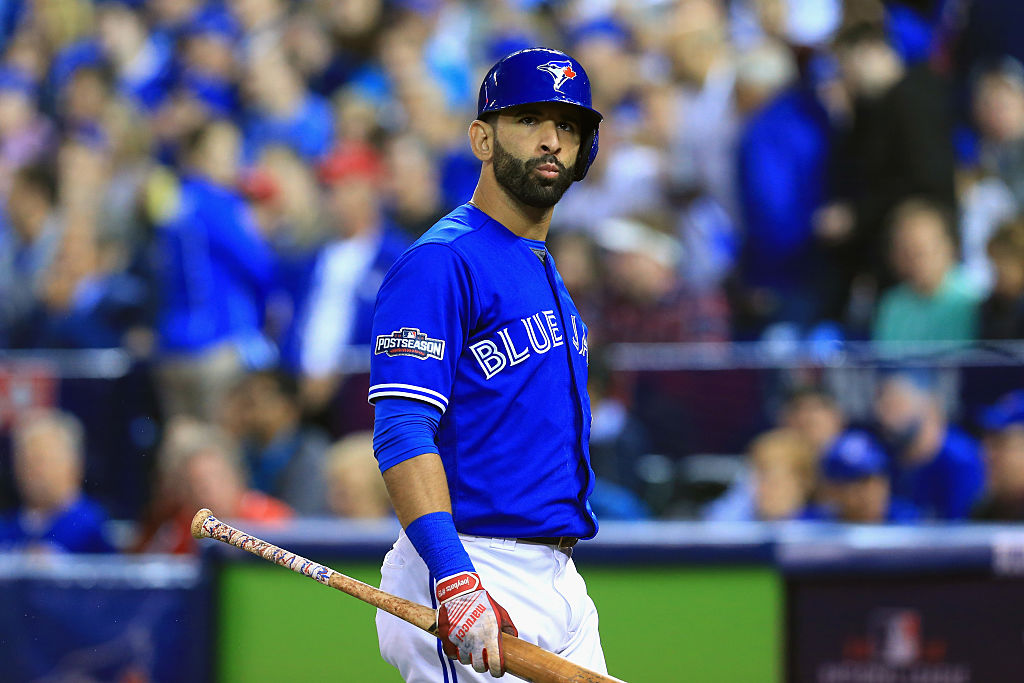 The Baltimore Orioles could use some help on offense with both Mark Trumbo and Matt Wieters both poised to depart in free agency this offseason.

Toronto Blue Jays outfielder Jose Bautista could be a fit for the Orioles, but Baltimore doesn’t seem too keen on signing Bautista. There are plenty of plausible reasons why a team might not want to sign Bautista, but the reason given by Orioles GM Dan Duquette is pretty ridiculous.

“We told [Bautista’s] agent that we are not interested because our fans don’t like him,” Duquette said on Sportsnet Radio 590 The Fan on Wednesday morning. “Our fans don’t like Jose Bautista, with good reason.”

Yes, there have been incidents between Bautista and the Orioles over the years, most notably this 2015 incident in which the Orioles threw at Bautista and he responded with a long home run that he pimped the bejeezus out of.

But players switch teams and jump to rivals all the time. The Yankees didn’t shy away from signing Wade Boggs and Johnny Damon away from the Red Sox because their fans didn’t like them. The Yankees also didn’t hesitate from prying Mike Mussina away from the Orioles in the mid-90s, at the height of the competition between the two in the AL East. Saying “we don’t want Bautista because our fans don’t like him” is silly, because there are plenty of other, more valid, reasons for the Orioles to not want Bautista on their team.

Duquette seemingly realized that he should cover himself in case the Orioles *did* make a run at Bautista with a follow-up quote.

Duquette did acknowledge that the money Bautista wants could also be an issue, saying “of course, that may change. But the [qualifying offer] makes things difficult.”

Well, yeah. Giving up a draft pick for Bautista and giving him the hefty contract he wants, given the fact that Bautista is 36 and not a great defender, is probably not the best course of action for an Orioles team that desperately needs help in their rotation and also needs to consider Manny Machado’s impending free agency following the 2018 season.

If Jose Bautista remains in the AL East for the 2017 season, it’s looking more and more like it’ll be in Toronto rather than in Baltimore, Boston, New York, or Tampa Bay – and I think the Blue Jays and their fans would be more than alright with that.