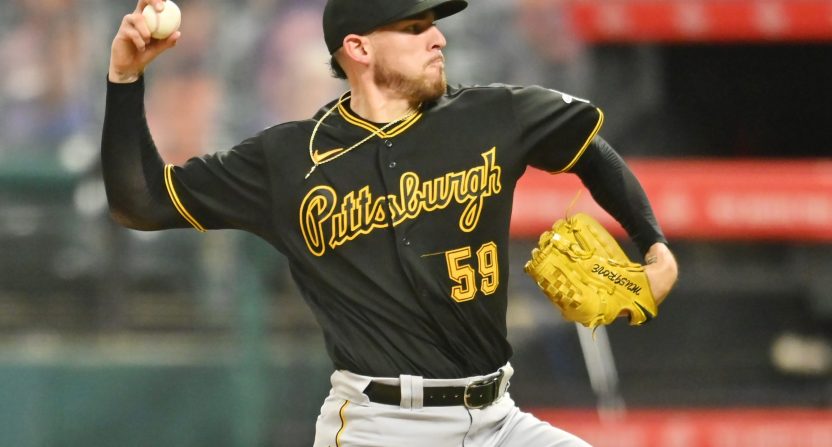 In a deal first reported by ESPN’s Jeff Passan, the San Diego Padres are adding starting pitcher Joe Musgrove from the Pittsburgh Pirates.

The San Diego Padres are in agreement on a deal to acquire right-hander Joe Musgrove from the Pittsburgh Pirates, sources tell ESPN.

In return, a package of five players will be heading to Pittsburgh. 27-year old Joey Lucchesi, a mainstay in the Padres rotation in 2018 and 2019, is the name fans are most familiar with, but 19-year old outfielder Hudson Head is the most well-regarded player going to the Pirates in the deal. Head ranks as the Padres’ 7th ranked prospect, per MLB Pipeline. Lucchesi and Head will reportedly be joined in the deal by Omar Cruz (21-year old pitcher, #17 prospect), David Bednar (#20 prospect, 6.75 ERA in 17 1/3 career MLB innings), and Drake Fellows (a sixth-round pick in 2019 who hasn’t thrown a pro inning yet).

Lucchesi will reportedly be flipped to the Mets, per Fansided’s Robert Murray.

This continues a bold strategy from the Padres – adding good players to their team. To a roster that won 37 games, the third-most in baseball in 2019, the Padres have added former AL Cy Young winner Blake Snell, 2020 NL Cy Young runner-up Yu Darvish, and Musgrove, retaining many of their top prospects along the way. Their rotation now consists of those three, Dinelson Lamet (who finished fourth in NL Cy Young voting this past season), and one of Chris Paddack, top prospect Mackenzie Gore, or former Cuban bonus baby Adrian Morejon (the latter two will each turn 22 in February, while Paddack just turned 25). San Diego also has Mike Clevinger in the fold, but the former Indian will likely miss all of the 2021 season following Tommy John surgery.

The offseason as a whole across MLB has been quite drab. Of this winter’s top ten free agents per MLB Trade Rumors, just four have signed – and two of those four (Marcus Stroman and Kevin Gausman) accepted qualifying offers. One (DJ LeMahieu) is reportedly re-signing with his current team (the Yankees), but it hasn’t been announced yet. The fourth is Korean shortstop Ha-Seong Kim, who signed with (you guessed it!) the Padres. The only other team seemingly trying at all this winter is the New York Mets, who signed catcher James McCann and reliever Trevor May and traded for Cleveland duo Francisco Lindor and Carlos Carrasco. The rest of the league has largely sat on their hands, though the Braves, Royals, and White Sox have also risen slightly above the “token acquisitions” level.

And despite all that, the Padres still probably aren’t better than the soul-crushing NL West Voltron Los Angeles Dodgers. But at least San Diego hasn’t just thrown the towel in and decided they’d be content at being second-best. Unlike many teams, who seem to view a Wild Card (god only knows how many Wild Card teams there will be this year. Thanks MLB!) berth as a lottery ticket they’d rather not target, the Padres seem to be looking at the Wild Card as a disappointment and a potential springboard to better things in October. Here’s hoping the rest of the league looks at what this small market franchise is doing and tries to follow along the same paths to contention rather than resting on their laurels over the next month until Spring Training.