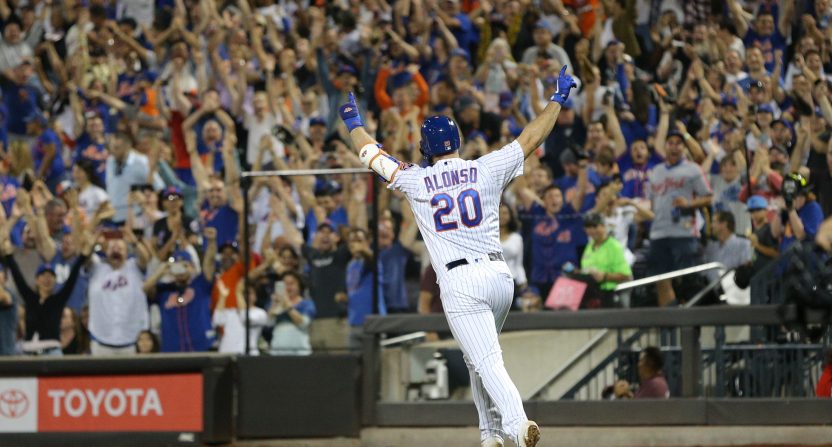 In the third inning of New York’s game against the Atlanta Braves, Alonso sent a Mike Foltynewicz pitch over the right-center field wall for dinger No. 53 on the season, passing Aaron Judge’s record of 52 (set in 2017).

The most homers EVER by a rookie.

Pete Alonso feeling all the emotions after breaking the record pic.twitter.com/qPMGzavSk9

And this is an incredible achievement for any hitter, not just a rookie. Alonso is one of only nine players to ever hit 53 homers in a season in National League history.

Don't overlook how rare it is for a player — any player, not just a rookie — to hit 53 home runs. Only nine men have done it in National League history:

It’s been a ridiculous rookie season for Alonso, who also put his power skills on full display for the world to see during this year’s Home Run Derby.

The Mets have been the subject of many, many (deserved) jokes in recent years, but they really do have something special and exciting with Alonso going forward.