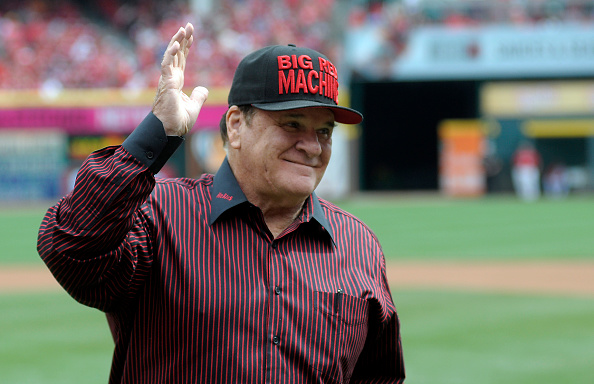 On Monday, Major League Baseball commissioner Rob Manfred announced his decision on the status of Pete Rose. Like many believed, the hit king and disgraced former player and manager will not be reinstated.

Manfred cited a lack of responsibility and Rose’s continued skirting of the rules of baseball:

His decision makes it abundantly clear that Rose (a) clearly lied about betting on baseball as a player as opposed to just while a manager; (b) has no apparent understanding of how serious his past violations of Rule 21 were; (c) has done absolutely nothing to change his habits as a person which would suggest he would not violate Rule 21 in the future.

With that, the seemingly annual discussion of Rose’s status within the game and potential to reach the Hall of Fame were put to rest.

That is, until Rose decided to be completely tone deaf and put on his own press conference on Tuesday in response to Manfred’s decision. What ensued was a bout of delusion and pure Pete Rose until the day he dies.

He managed to say that Manfred “would have done one hell of a job as commissioner,” but then went on to make it known just how awesome he, himself is.

Pete Rose on not being reinstated: "To be honest with you, I should be the commissioner of baseball"

The man who showed up in a white-on-white fitted Reds cap also took time to remind us of just how awesome a fan of the game of baseball he is to this day.

If by best baseball fan, you mean continuing to do the one thing that got you banned amongst a host of questionable moments in a 26-year career in the game? Then sure, Rose is exactly as he claims.

Rose even went down the rabbit hole of steroids, letting everyone know just how great the Cincinnati Reds would’ve been in his playing days if they were on PEDs:

More Pete Rose: "If the Big Red Machine ever took steroids, we would have never lost a game.''

Never mind the admission of amphetamine use, or the fact that a known steroid dealer was living with Rose in his house for some time and was linked as his bet placer.

But, the coup de gras of it all was his winding and delusional stance on betting on baseball. Let’s all remember that in his 2004 book, Rose admitted to a having gambling problem, but he has yet to receive any help for said problem.

So, while Rose admits to that, he also admits to gambling on baseball to this very day. It’s exactly why investigator John Dowd was clearly on record as saying he should never be allowed close to the game again — and for the health and safety of Rose more so than the game itself.

How do you expect to be reinstated to the game you were banned from while you are still actively involved in betting on the game — recreationally or otherwise?

It’s all part of a twisted logic for a man desperate for people to continue to pay attention to him at all times (which, given that we’re writing about the press conference, is working).

There’s no questioning Pete Rose as a player – he is simply one of the greatest hitters the game has ever known. No one can take that away from him.

At the same time, Rose continues to be his own worst enemy off the field. His ego won’t allow him to humble himself, admit his failings, and fix the issues that exist.

Tuesday’s press conference was just further proof that Manfred made the right choice. Now it’s up to the Hall of Fame to make that drastic choice — let him in despite the ban or keep him out of the hallowed halls for good.

As Buster Olney of ESPN.com points out, the Baseball Hall of Fame doesn’t have to abide by the ban that MLB put on Rose. Still, it has since 1991 and if anything came of Tuesday’s press conference, it wasn’t of the good variety for Rose.

Just don’t expect Pete Rose to somehow turn the lightbulb on and realize the severity of what he did to and continues to do to the game he claims to love so much.