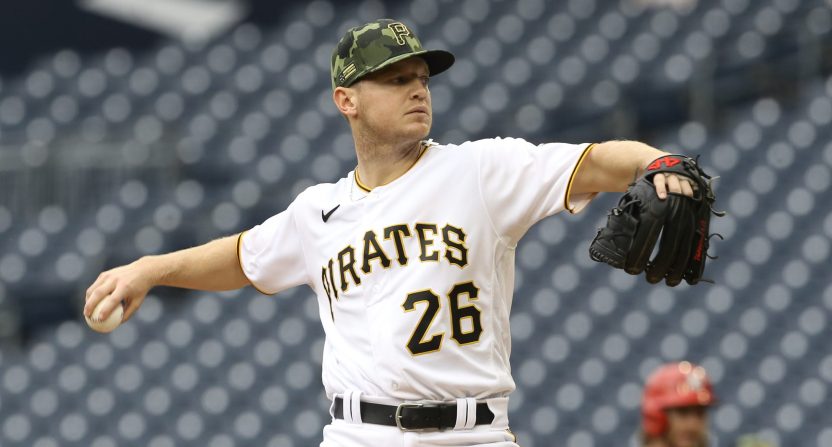 The Pittsburgh Pirates were defeated by the St. Louis Cardinals on Sunday, which completed a sweep. While neither the loss nor sweep were surprising, the way the sweep was finished caught people’s attention.

St. Louis routed Pittsburgh 18-4 — and even that score is deceptively close. The Pirates scored all four of their runs in the ninth inning, with Cardinals catcher Yadier Molina pitching. The game was effectively over after two innings, when St. Louis led 7-0. And even though Pittsburgh scored four runs in the ninth inning, the Pirates were still outscored in the inning, as the Cardinals scored five runs in the top of the frame.

The performance was so bad that Pittsburgh’s own social media team couldn’t help but troll itself when the game came to its merciful end.

Whoever runs the team’s social media account was not alone. The Pirates were blasted by MLB fans throughout the game.

It's not that the Pirates aren't getting better. It's that they're getting worse. Across the board. Collectively. Individually.

And this is Year 3 under this management. It's not OK. And it's not OK to act like it's OK.

Pirates could use this guy pic.twitter.com/vdncVjUNjz

The current state of the #Pirates roster is unacceptable. There are easy fixes/changes that can be made through promoted guys from Triple-A. This season should be about playing for the future and the Pirates aren’t doing that.

Yup, turning this off. Gonna go enjoy my Sunday.

This current Pirates roster is an embarrassment and is completely unacceptable.

What makes things worse for the Pirates and their fans is that this loss isn’t really an outlier performance. Opposing offenses have feasted on Pittsburgh’s pitching all season.

The Pirates have given up seven or more runs 12 times this season. In 40 games My math says 30% of the time.

The offense hasn’t been much better. Sunday’s loss was the third double-digit loss of the season for the Pirates. They lost 11-1 to the Los Angeles Dodgers and 21-0 to the Chicago Cubs in April. So, as bad as Sunday was, it wasn’t even Pittsburgh’s worst loss of the season and wouldn’t have been even without the four-run “rally” in the ninth inning. Whether that makes things better or worse is up to the individual.

But the social media team might want to keep some funny graphics handy. We can only assume that more of these losses are coming.