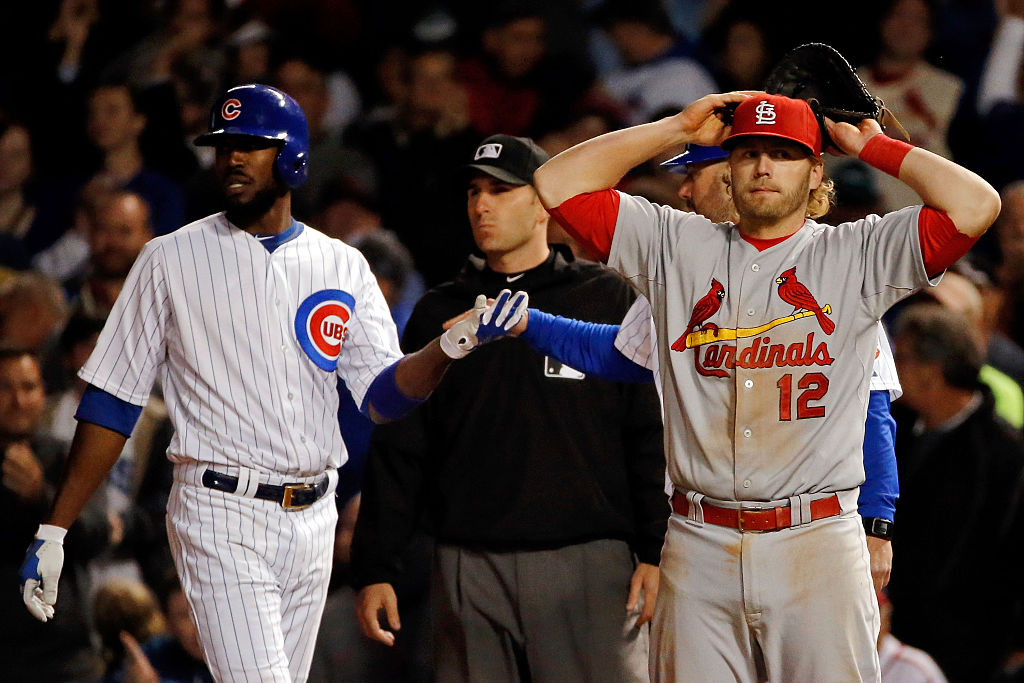 Last year, we took on the seemingly impossible task of ranking each MLB team’s uniforms from worst to first. Needless to say, controversy ensued: Fans thought their team was ranked too low, others thought we ranked certain teams too high, and everyone generally agreed we were just wrong. It was fun.

So with a number of new uniforms set to debut in 2016, we thought it’d be just as much fun to rank ’em all over again. Like we said last time, there aren’t any bad uniforms in baseball, per se. There are boring ones, ones that could be pared down, and ones that have overstayed their welcome. The perfect ones are still perfect, and a few teams made changes that could go either way. Where does your team fall in our rankings?

Here they are, from the worst uniforms to the best:

The worst thing you can say about a team’s uniform set is that it’s boring, Unfortunately for the Rays, that’s the one term that comes to mind when talking about their uniforms. Their logo is bad, their colors are uninspiring, and their jerseys are just “there.” Their faux-throwbacks are kind of silly, but at least they have some personality.

If the Indians plan on dumping Chief Wahoo, they need to come up with a better logo than the block C they’re been using. They also need to establish a better uniform identity, since none of their sets seem to go with one another. The plain, block-lettered road jersey is a prime example of this when comparing it to the more ornate home and alternates versions. They need more consistency across the board.

Good news: the Padres don’t have the worst uniforms in baseball anymore! Bad news: they’re still not that great. The addition of yellow to color scheme went a long way in sprucing up their look, but it wasn’t enough. Their wordmarks and logos are still too generic-looking, and they even managed to screw up their new brown alternates with boring lettering across the front. Just go back to the old brown uniforms already.

Good for the Astros in adding a new alternate jersey that pays tribute to their rainbow-colored heritage. But the rest of their set feels like a team that decided understated uniforms were the classy way to go and worked backwards from there. They’re just missing something. And it doesn’t help that the lettering for the jersey’s wordmark on the front and the player’s names on the back are the same size.

It’s time to put “Rangers” on the front of at least one of their jerseys, isn’t it? And their design is starting to look dated, with unnecessarily ornamental lettering cluttering things up. Overdue for a redesign.

The Rockies may not need a total makeover – the home jerseys are still a modern classic, and the interlocked “CR” logo is fine – but the rest of their look needs work. There’s something to be said for never changing your logo or colors since your team’s inception, and the Rockies have been around for almost 25 years now. The purple alternate jersey is still an abomination, though.

The Marlins brought back the gray road uniform, which was nice. But they shelved their orange cap for some reason, which wasn’t so nice. It might be time to look at their radical redesign from a few years back as a failure, since they don’t seem to be committed to it (or like it very much). Plus everyone in America is probably tired of their orange jersey by now, thanks to Marlins Man.

Props to the Brewers for trimming the number of jerseys down and dumping the awful gold alternates, as well as for adding a new road alternate that actually says “Milwaukee.” Major props for incorporating the “MB” glove logo across the board in their current colors, too. But their overall look is still too much, and the old logo in the new colors should have been the jumping off point for a redesign.

The new red alternate jersey is a nice addition and the gold outline on it looks so good, it wouldn’t be a shock to see the Twins incorporate it in all of their looks. But when a throwback alternate jersey looks worlds better than the team’s current set, that’s a problem. And Minnesota’s 60s-inspired throwback is still their best look by far.

The Mariners’ color scheme is dangerously close to looking dated, thanks in large part to how nice their original colors look on the throwback alternate that was introduced last year. A good uniform set generally, but it might be time to dump the teal and silver for blue and yellow. What’s old is new again, and the M’s throwback is so appealing it’s enough to push them into Twins territory.

A hard one to rank. The D-Backs’ redesign doesn’t leave a lot of middle ground between love and hate, and it’s hard to make any kind of judgment without seeing them in action. Some of the looks are great (the teal/red combination works surprisingly well), and some of them are pretty ridiculous (like the gradient snakeskin patterns). But points to Arizona for trying something different: They were badly in need of a new look, and instead of tweaking things they threw everything out the window and went for something bold and new. Reserve judgment until they’re seen on the field, but this is a ranking that could easily go way up or way down next year.

The Nats could very quickly nosedive into the boring category if they don’t make a few changes to their look. They’re too reliant on the cursive “W” logo, and while it’s a nice touch to reference DC’s baseball past it shouldn’t be the centerpiece of the entire look; after all, the Senators were the definition of baseball failure (twice). Reference the past, sure, but maybe it’s time for the Nationals to forge their own identity.

The Braves’ home and road jerseys are aging well, but their alternate looks are a mess. The red, the blue-on-blue, the stars and stripes – they’re just not very nice-looking. Some teams can get away with a lot of alternates, but Atlanta isn’t one of them. Time to streamline.

The Reds could have a top 10 uniform set if they’d just make a few minor changes. Dropping the black drop shadow from their wordmarks would be a great start, as well as simplifying their letter/number styles. They should also dump their awful camo jerseys ASAP. They’re a team begging for a cleaner, more classic look.

A perfectly acceptable, nice uniform set that suffers because it’s too hard to write “Los Angeles of Anaheim” across the road jerseys. The ornate numbering and lettering works here. It wouldn’t hurt to re-introduce dark blue as a uniform color, either – sometimes all the red is a bit much.