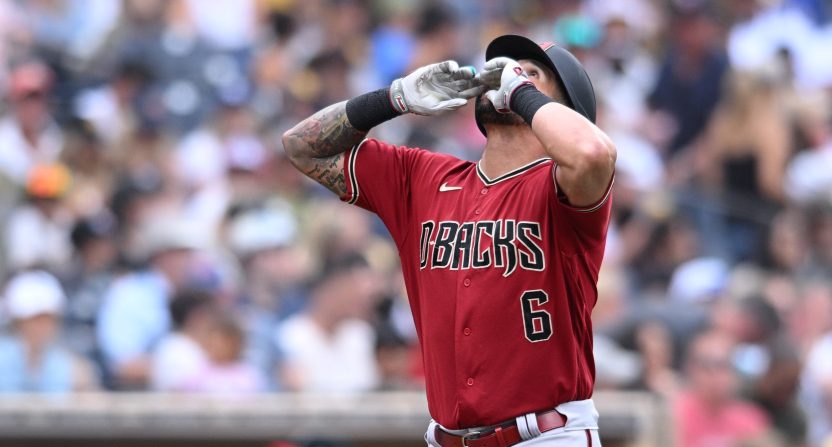 The American League Wild Card race is one that is extremely competitive, with a number of teams coming into Saturday clearly in the hunt to earn one of the two playoff spots available.

That list of teams includes the Tampa Bay Rays, who made what could be a key addition to their playoff push in a notable trade on Saturday.

The Diamondbacks are on the outside of the playoff picture in the National League, so it was expected that they would likely be sellers at the trade deadline.

The Rays have a clear need for Peralta after it was recently diagnosed that Rays outfielder Kevin Kiermaier will miss the rest of the 2022 MLB season after undergoing left hip labrum surgery.

Peralta — who won the Silver Slugger Award in 2018 and a Gold Glove in 2019 — has spent the entirety of his nine-year career with the Diamondbacks. But he will now be heading to Tampa Bay to help provide some depth in the outfield for the organization.

Many Diamondback fans are certainly upset to see a long-time fan favorite like Peralta was in Arizona leaving the organization.

So where do David Peralta stats rank among #Dbacks franchise leaders?

One of the best players to dawn Sedona Red.

It's sad to see David Peralta go, and his story has been told so much, it's easy to forget how remarkable it was.

Cut by the Cardinals, worked at McDonald's, took up hitting in indy ball, signed by AZ, in MLB a year later. A Silver Slugger, a Gold Glove and career 112 OPs+.

David Peralta is gonna fit right in with the Rays. He's 34, and he's only been paid once in his entire career, and that was a 5th outfielder's salary while he got second outfielder playing time.

It appears like the New York Yankees have a firm grasp on the AL East division lead, but this move makes it clear that the Rays are still trying to make a push for a Wild Card spot this year.