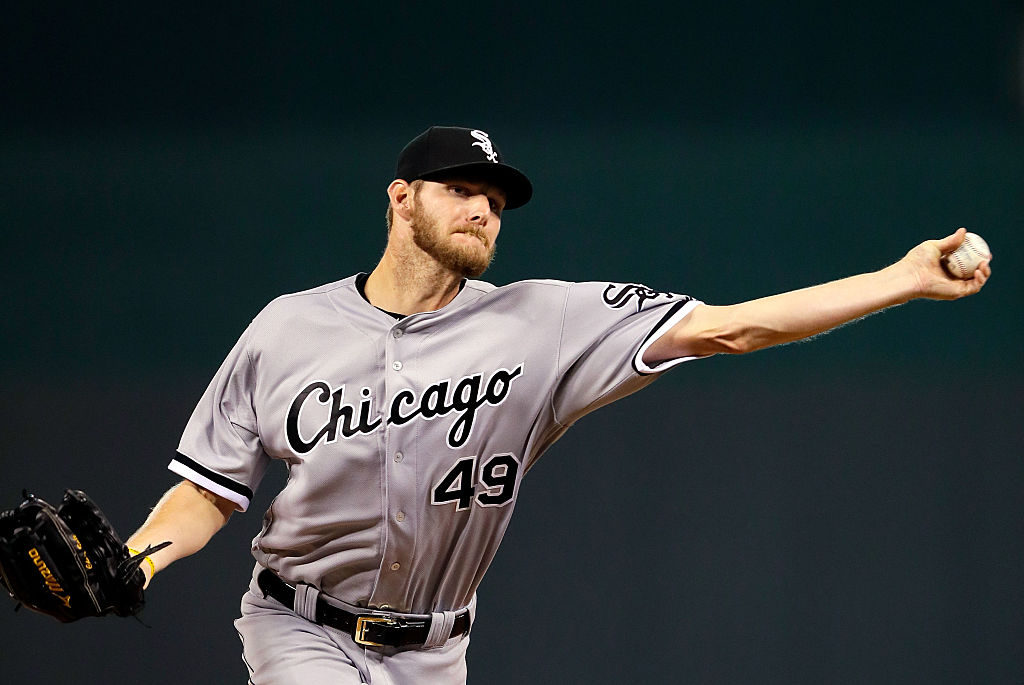 A day ago it appeared the Washington Nationals were doing everything they possibly could to add Chris Sale to their starting rotation that already has Max Scherzer and Stephen Strasburg, but Sale is now shipping up to Boston to join the Red Sox.

The Red Sox are certainly going to pay to bolster their rotation, but it just might be worth it.

BREAKING: Sale to #RedSox. Moncada, Kopech and two other prospects to #WhiteSox.

Starting pitching was a big concern for the Red Sox last season and that carried over into the offseason. The addition of Sale should be a nice boost on the mound for the Red Sox. Sale is coming off a 17-10 season with six complete games, a 3.34 ERA, and 233 strikeouts in 226 2/3 innings. And considering there were reports the Sox tried to make a push to acquire Rich Hill before he signed with the Los Angeles Dodgers, it appeared Boston was on a mission to improve the rotation by any means necessary.

The Chicago White Sox will receive Yoan Moncada, Michael Kopech and a pair of prospects in the deal. Moncada played in just eight games for Boston after coming over from Cuba. Moncada signed a $31.5 million contract with the Red Sox in February 2015 and got to work in the farm system. He was among the top prospects in all of baseball heading into the 2016 season and made his major league debut in September. The Red Sox have a pretty stacked infield though, and may have felt they could afford to lose one young infielder if it meant adding one of the top pitchers available.

That also meant giving the White Sox a pitcher in Kopech. The 20-year old has been in the Red Sox farm system for the past three years after being a first-round pick in the 2014 draft. He’s touched 105 on the radar gun, and struck out 82 in 52 2/3 innings with high-A Salem last season.

The other two prospects are Luis Alexander Basabe and Victor Diaz, who both also ranked among Boston’s top 30 prospects.

The #WhiteSox will also acquire Basabe and V. Diaz from #RedSox

Starting pitching was one of the reasons the Red Sox took an early exit from the postseason at the hands of the Cleveland Indians, as starting pitchers Clay Buchholz, Rick Porcello, and David Price were all unable to get through five full innings of work before being pulled off the mound. Granted, the Indians had a magical run going, but that was probably reason enough to find a way to add another strong arm to the rotation for 2017.