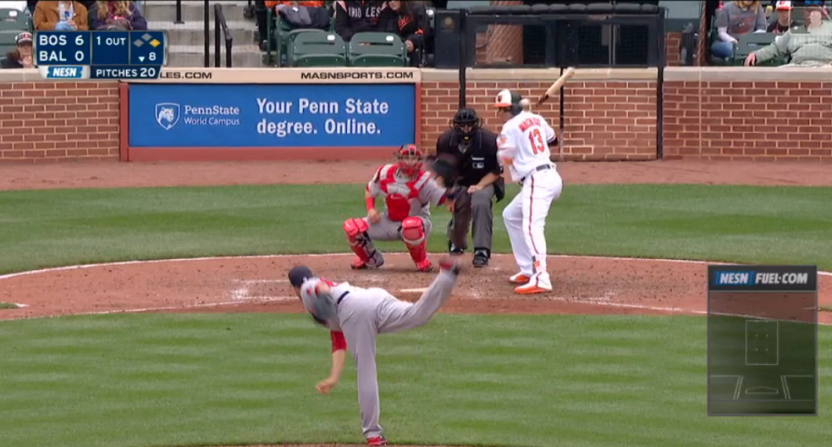 Baseball’s unwritten rules are often difficult to follow, but the Red Sox and Orioles have given us quite a bit of insight into the inner workings of the system.

The Orioles and Red Sox have had issues all season (including when Buck Showalter mocked the flu plague that had zipped through Boston’s clubhouse), but this singular incident goes back to Manny Machado spiking Dustin Pedroia on Friday night:

That led to a day of stories about Machado and Pedroia texting to hash out their differences. But Sunday, things came to a head, almost literally, as Red Sox reliever Matt Barnes went hunting:

Pedroia apparently attempted to wash his hands of the situation, yelling at Machado from the dugout that it wasn’t him:

Fascinating exchange captured by MASN between Machado and Pedroia. Dustin clearly saying "It wasn't me. I know that and you know that." pic.twitter.com/oqdt827ER9

It’s funny, based on everything I know about the unwritten rules of baseball (and it’s not that much, although it’s not like any of this is rocket science), throwing at someone’s head is a much worse offense than a high slide at second base. As it should be, since a fastball to the face can actually kill someone, and though that might be impossible to imagine, there are perhaps more easily visualized career-ending (or at least season-ending) scenarios.

So, given everything involved with this event, and the virtual certainty that Barnes was throwing at Machado on purpose, you might expect him to have received a lengthy punishment. Instead, on Monday, MLB reacted with this:

Matt Barnes has been suspended four games, has elected to appeal

Four games! For throwing behind Machado’s head! How is that a reasonable punishment at all? One of the most dangerous things you can do on a baseball diamond, and it’ll end up costing Barnes and the Red Sox, what, three innings of work, tops?

That’s a joke of a punishment, and it’s the sort of attitude that allows incidents like this to escalate. For too long, baseball has attempted to let the game police itself, and it’s at the point now where too many things can go wrong. Had Machado not gotten out of the way, would the punishment have been more severe? Probably! And that’s not better!

This is basically just a big neon sign saying “Take your best shot if you’re pissed at a guy, it’s probably worth it!”