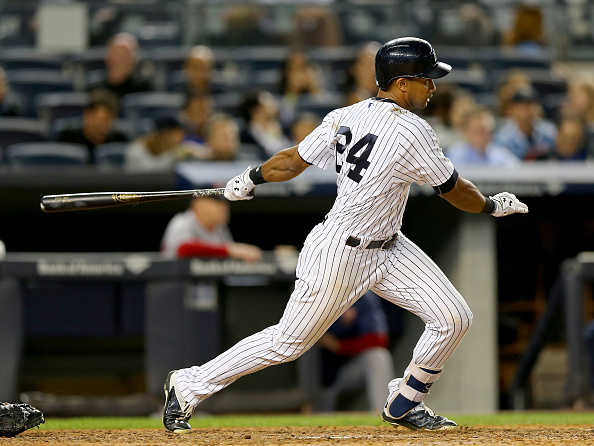 The Boston Red Sox and outfielder Chris Young have reached a multi-year agreement on a new contract reports Ken Rosenthal of Fox Sports. The contract hasn’t officially been announced, and terms have not been disclosed.

Sources: #RedSox in agreement with free-agent outfielder Chris Young on a multi-year contract, pending a physical.

Young’s stock wasn’t high after he produced back-to-back seasons with a sub .300 OBP. The Yankees acquired him at the end of 2014, and he produced at a reasonable enough level to earn a one-year deal worth $2.5 million plus incentives. The contract turned out to be a bargain for the club as he appeared in 140 games, starting in all three outfield spots while hitting 14 home runs with a .252 average and .320 OBP.

Young joins a crowded Red Sox outfield. As of now, Mookie Betts, Jackie Bradley Jr., Rusney Castillo, and Brock Holt are all vying for time at the three starting positions. Hanley Ramirez would have joined the list, but Boston is reportedly shopping him and intend on moving him to first base if he stays on the roster.

Given Holt’s versatility, the Red Sox could stick with what they have if they plug him all over the infield to give Pablo Sandoval, Xander Bogaerts, and Dustin Pedroia days off. That would probably leave Castillo or Young as the fourth outfielder, but given the recent multi-year commitment to Young, I’d bet on the former (even though Castillo is on a huge contract himself). Boston could also explore the trade market as all four of the outfielders have value and are relatively young, but unless they’re looking to add or promote another guy, the best bet may be to stick with what they have.

What’s clear at this point is the Red Sox aren’t messing around. They’ve been linked to Chris Davis (though signing him doesn’t appear likely after Young was inked) and David Price this offseason, as president Dave Dombrowski has shown a willingness to open the team’s wallet to right the ship after the mess that was the 2015 season.