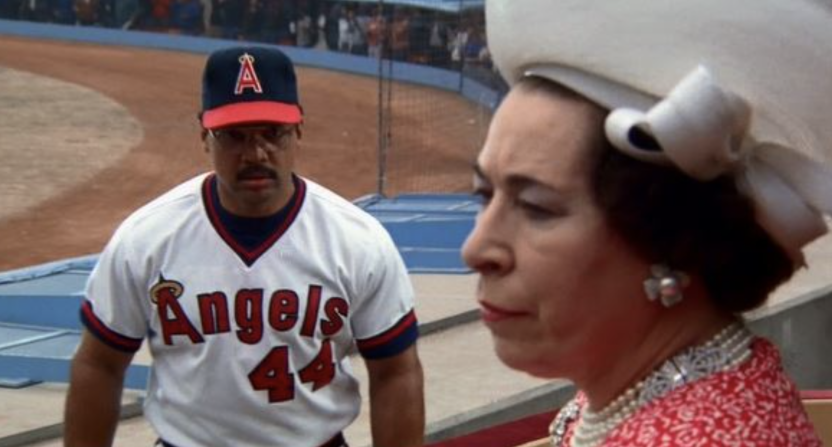 Thursday, the world learned that Queen Elizabeth II had passed away at 96 after 70 years as the UK’s monarch. With news of that magnitude, you just knew it was going to be a really weird day on Twitter.

And it sure has been. The ClutchPoints deleted tweet that showed the Queen ascending to heaven surrounded by a strange collection of British-born athletes was just the beginning. Opinions about the Queen and whether or not her death deserves reverence ran the gamut. And there have been some really, really weird tweets that are so hard to quantify or explain to anyone who isn’t on Twitter.

It’s been deleted, but I refuse to let it go, ‘cause… WHAT?!?! pic.twitter.com/JPrQEU1law

The original girl boss. One of the most inspirational women. The end of an era. 👑 RIP 💔 https://t.co/WZWpGIaXoH

i absolutely did not have "the rock stops mid-workout to post a sincere message of sympathy to the royal family after the queen of england dies and he does so standing in front of a massive american flag with the music still blasting" but that's on me for lack of imagination https://t.co/q1lKqx2i7S

While most of the tweets were weird, cringy, or just unnecessary, one by baseball legend Reggie Jackson stood out from the crowd.

Now we all know I was innocent ! Amen! RIP Queen E !

Mr. October is referencing the scene in The Naked Gun where he, as himself, attempts to assassinate Queen Elizabeth during a baseball game as part of a mind-control scheme. And if none of that makes any sense to you, here’s the scene in question.

R.I.P. The Queen. May we never forget the time she visited the U.S.A., was almost murdered at a ballgame by Reggie Jackson, but was saved by an American hero. pic.twitter.com/nYkbkdeUOx

Jackson’s tweet caught the attention of the baseball world, which absolutely loved the reference and shared their reactions and appreciation for the nostalgic serotonin boost.

this is maybe the best post of all time https://t.co/J9ATl5J3BX

This is absolutely amazing. https://t.co/H331Q6GXs0

I pity those who don’t get this. https://t.co/4KPGDQOL5g

Comedians walk the tightrope. They say the things most of us are thinking but aren't comfortable saying. They have 2,584 career hits, 563 home runs, and 1,702 RBIs. They hit five dingers in the 1977 Series.https://t.co/9Fd28kuDp6

Shoutout everyone in the entire world who gets this https://t.co/oYduIDxZef

Honestly, Reggie might be the only living cast member from Naked Gun that we want to hear from regarding anything.