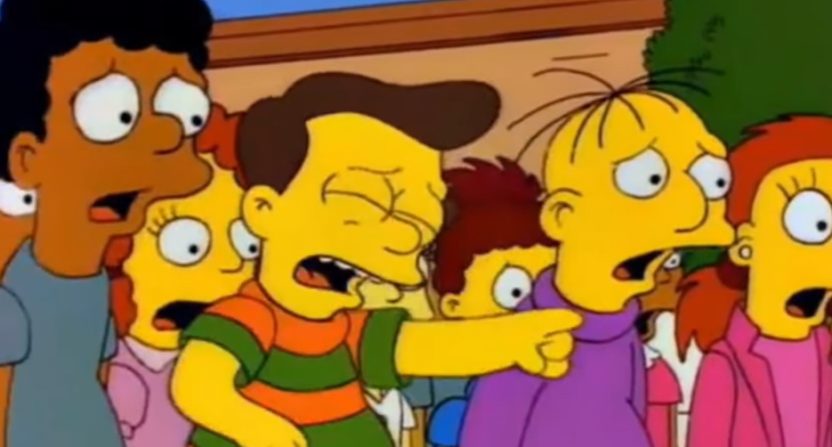 The Reno Aces won their game against the Las Vegas Aviators on Thursday. But as one-sided as the victory was on the field, the Triple-A affiliate of the Arizona Diamondbacks might have scored an even bigger victory against its counterpart from the Oakland Athletics on Twitter after the game.

Things started reasonably well for the Aviators, who scored in the bottom of the first inning and took a 1-0 lead into the third. But the Aces took the lead with a two-run third and never looked back. Reno scored at least one run in six straight innings and ended up defeating Vegas 15-1. When the game was over, the Aces social media department came up with a brilliant tweet that hit the Aviators in multiple ways.

The video was a clip of the classic scene from The Simpsons, where Homer, dressed as Krusty the Clown, pummeled the Krusty Burglar in front of horrified children with one crying, “Stop. Stop. He’s already dead” with the game’s final score over the video. As if that wasn’t enough, the caption for the tweet had the familiar “Viva Las Vegas” phrase, only with the L in bold lettering.

As far as trolls go, it doesn’t get much more beautiful.

The thing about baseball, though, is that there’s always a game tomorrow. And while this was the third game of the series (all won by Reno), the two teams will play again on Friday, Saturday and Sunday.

So, Las Vegas has a chance to get a measure of revenge in the game between Nevada’s two Triple-A teams. Perhaps the Aviators should try the unusual but effective strategy that their parent club employed on Thursday, surrendering seven solo home runs in a victory. It’s a thought.

But should that happen, the Las Vegas social media team has to find some way to match the creativity of Reno’s. In that endeavor, we can only say, good luck.