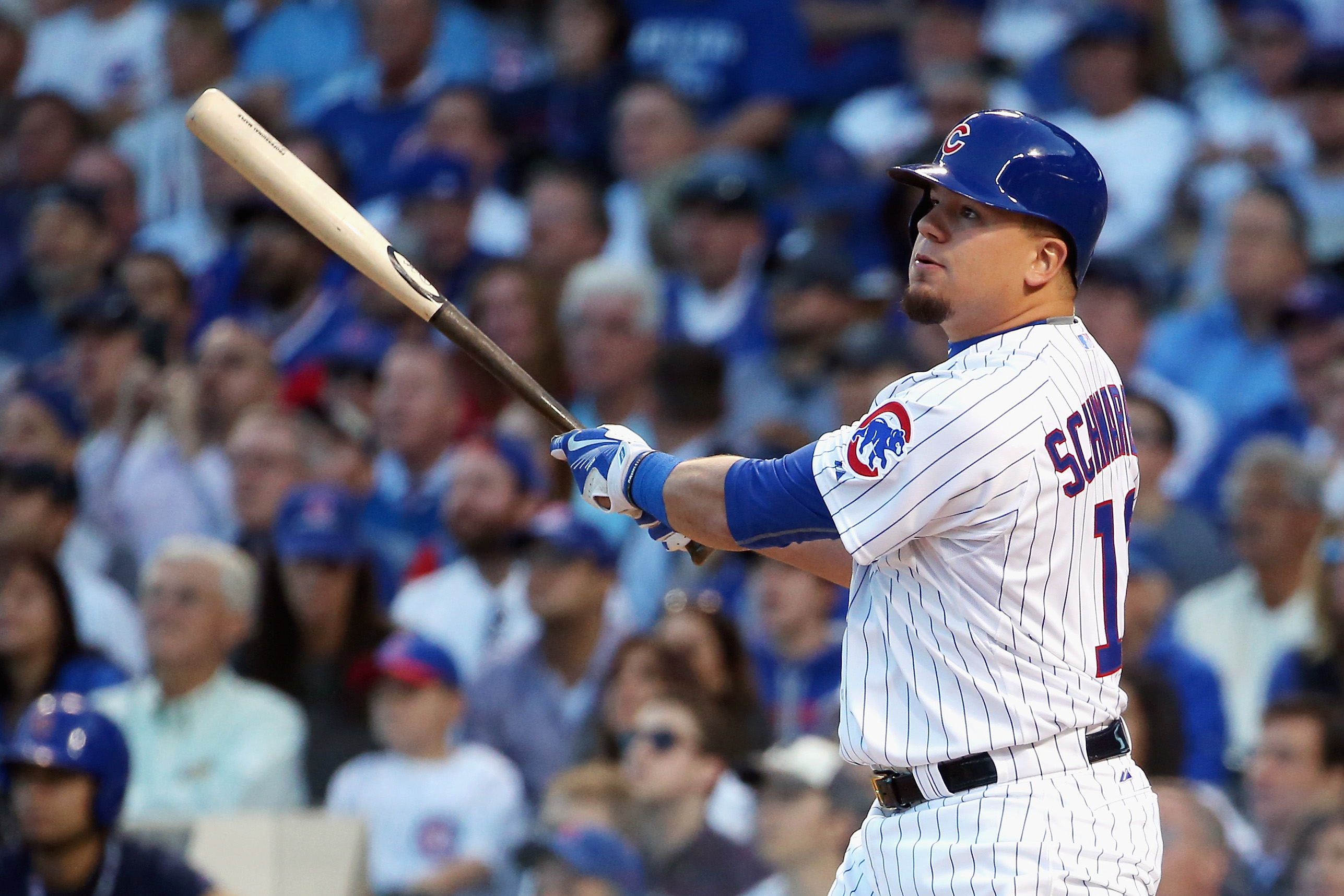 The Chicago Cubs still have to get by Clayton Kershaw and Rich Hill, but are on the verge of reaching their first World Series since World War Two. It has been an incredible run for the North siders this season, so much so that it has been an afterthought that the team lost one of its best hitters, Kyle Schwarber, to a season-ending ACL tear just three games into the season.

Chicago hardly missed a beat, however, running away with the MLB’s best record and was the odds-on favorite to win the World Series nearly the entire way. One can only imagine how much better they would be had Schwarber turned in a healthy season. Well, don’t look now, but the franchise’s postseason home run leader might be back in time for a showdown with the Cleveland Indians if the Cubs do indeed make it to the Fall Classic.

Schwarber is headed to the Arizona Fall League and will play for the Mesa Solar Sox on Saturday, with the hopes of getting ready in time to serve as a Designated Hitter when the Cubs travel to Cleveland in the World Series.

The slugger has been working out in Chicago prior to the team’s games with the Dodgers, prompting many observes to question if an early return might be possible. The team has always publicly maintained he would not be available until next season, but when reporters talked with pitcher Jon Lester, he revealed there might be a chance we see Schwarber in 2016 after all.

“He’s there every day working his butt off,” Lester said. “You see him coming in from the weight room and he’s drenched and we know how hard he’s working to try to get back to help us. He doesn’t look for attention. You turn around and he’s drenched and soaking wet in sweat and just gone through a working and there’s a very slim chance he could be playing for us.”

Even if Schwarber is cleared for major league action, it’s a tough ask for any hitter to step cold into the World Series of all places and make an impact. But after blasting five home runs in his rookie postseason, if there is anyone who might be able to do it, Schwarber could be the guy.