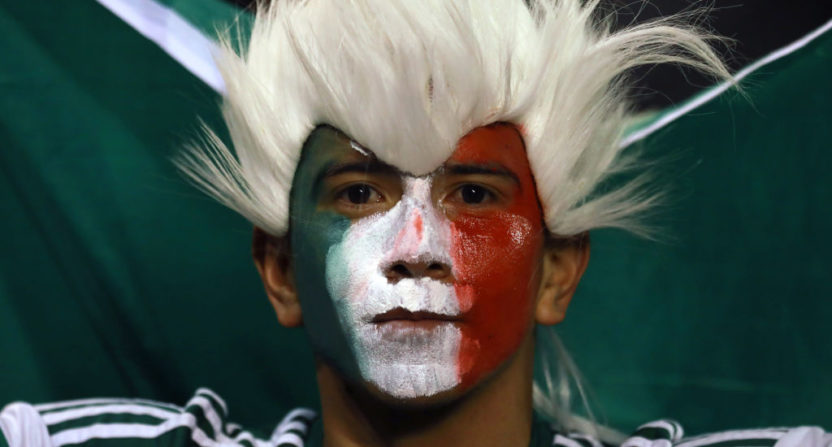 Major League Baseball commissioner Rob Manfred has never been one to shy away from discussing the possible future of expansion in baseball, although he has suggested it is not an immediate goal. When MLB does expand, it is possible it will be heading south of the border.

Jon Heyman of FanRag Sports reports the league “has its sights on Mexico as a possible venue for expansion.” As Heyman reports, it is safe to assume MLB sees Mexico as a good candidate for potential expansion based on the strong passion for the sport in the country. Mexico is known for its love of two sports, soccer and baseball, so it is easy to see how Mexico could be an instant expansion hit should the league ever decide to take its product to Mexico, thus spanning all three countries in North America for the first time by any of the main sports leagues in North America.

Heyman suggests Mexican billionaire Carlos Slim (net worth of $51.2 billion and previously held the title of world’s richest person from 2010 to 2013, according to his Wikipedia profile) would be a viable candidate for ownership after previously showing interest in taking a stake in a franchise. That could come in handy, as the Mexico City resident would be a natural fit to oversee the expansion franchise that would more than likely be placed in Mexico City if MLB ventures into Mexico for expansion.

At first glance, Mexico City does appear to check off some of the requirements for expansion Manfred previously floated.

“In the longer term, there will be expansion. … If we were to expand, I do think a city that makes sense geographically — meaning in terms of realistic travel distances and is outside of the 48 contiguous states – would be a positive choice for us in terms of growing the game.”

The idea of expanding the league beyond the borders of the United States has long been an idea floating in the water under the leadership of Manfred. Oscar Suarez, an MLB player agent previously commented on the idea of bringing the league to Mexico, although it would come with some financial concerns worth considering.

“Mexico is a big country, and parts of it are heavy into baseball,” said Oscar Suarez, an MLB player agent who was born in Cuba, raised in Puerto Rico, and represents multiple Mexican players. “I just don’t know if the general population can afford sustaining a big-league team. It costs a family of four $300 for one game, maybe.

“I’d love to see it happen in Mexico City, yet big sponsors and local ownership would need to be garnered. Plus, the peso devaluation [now at 18 to $1 U.S.] could become an issue. It’s like a roller coaster at times.”

Expansion to Mexico will likely be explored in-depth at some point in time, because there could be a tremendous opportunity to grow the MLB product in a baseball-rich country too good to pass up. But there are other issues the league is confronted with addressing and fixing for its current membership. Notably, the stadiums for the Oakland Athletics and Tampa Bay Rays remain on the to-do list and need to be solved before any thought of expansion should be explored, unless a move to Mexico would involve relocating one of the two franchises, thus keeping the total membership number a nice even number.

Unless we’re also going back to Montreal at the same time.