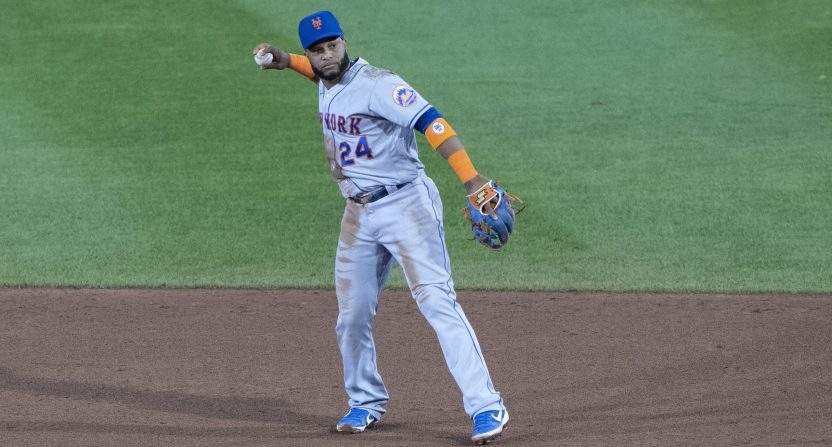 New York Mets second baseman Robinson Cano has been suspended for the entire 2021 MLB season after testing positive for the performance-enhancing drug stanozolol, as first reported by ESPN’s Jeff Passan. It’s Cano’s second positive PED test; he tested positive for a for Furosemide (a diuretic often used as a masking agent for PEDs) in 2018 while with the Seattle Mariners, and was suspended for 80 games.

This news may actually be a good thing for the Mets, though. Cano forfeits his $24 million salary for the 2021 season, giving new Mets owner Steve Cohen much more money to play with this offseason.

The Mets would surely prefer the additional financial flexibility this offseason, especially in an offseason which could feature few teams really being aggressive in a brutal economic landscape during the pandemic. New York was expected to be pretty active anyway, and with an extra $20-plus million now “available”? Expect the Mets to be one of the — if not *the* — most aggressive teams on the free-agent and trade market in the coming months.