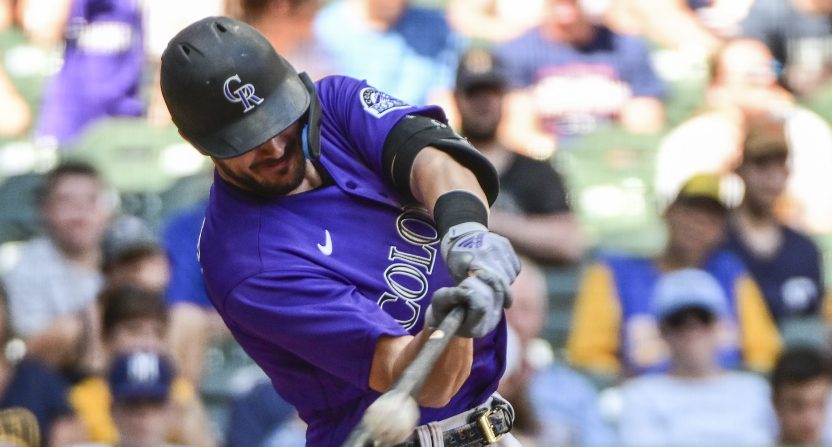 The Colorado Rockies‘ outfielder revealed Saturday he will not play again this year. The four-time All-Star has been dealing with plantar fasciitis and a bone bruise in his right foot and has not played since July 31.

The move is hardly a surprise. Bryant received a platelet-rich plasma (PRP) injection on Aug. 24 to help his foot’s healing process. He said if the team were in the playoff hunt, he might have opted for a different treatment.

“If we were in the playoff hunt, I probably would have pushed through and got a cortisone shot,” Bryant said (via MLB.com.) “The PRP is more healing, while cortisone masks the pain.”

The news brings a quiet end to a disappointing campaign for Bryant, his first season in a Rockies uniform and the first year of a seven-year, $182 million contract. A back injury limited him in the season’s first half, and he played only 42 games all year. He posted a strong .851 OPS , but his power numbers were down (five home runs in 160 at-bats). He did not hit a home run at Coors Field.

So things definitely didn’t work out as Bryant expected.

“I’ve handled it as best as I could,” Bryant said. “It is a little depressing, just not playing baseball. Coming to a team and signing a deal, it sucks not being out there. Every year from February to October, I’m used to playing baseball. And for the most part this year, I’ve been watching.”

The former NL MVP has high expectations for next season.