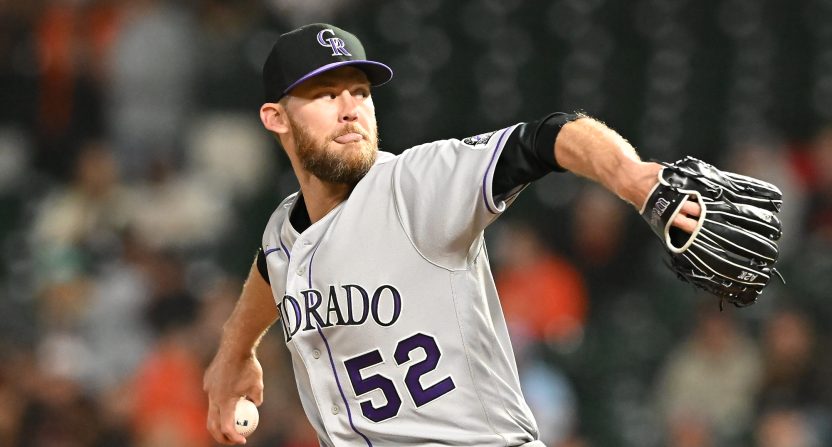 Entering Saturday’s game, the Colorado Rockies were in last place in the National League West and 8.5 games out of the final Wild Card spot. Objectively, the Rockies are a team that should be selling at the trade deadline, getting rid of veteran players and retooling with young players and prospects. But Colorado decided to take another path.

Reliever Daniel Bard is having a great year for the Rockies. He has 21 saves, a 1.91 ERA, 1.035 WHIP and 43 strikeouts in 37.2 innings, doing all of that while playing his home games in Colorado. Contending teams can never have too much relief help. So, Bard seemed like an obvious guy for the Rockies to sell, especially given that he’s 37 and on a one-year deal. Or, he was on a one-year deal.

Instead of trading Bard, the Rockies decided to extend him.

Daniel Bard’s extension with the Rockies is expected to be for two years and about $19 million, per source.

The move was widely panned by the MLB world.

If the Rockies were a car, they'd be the 1988 Buick Skylark.

You still see them out on the road, but you never care, and they'll amble along slowly and pointlessly in a sad, trudging race to see if either they or their owner casually ambles into the grave first. pic.twitter.com/XGdvhjUWwO

I don't think the Rockies understand how this whole baseball thing actually works.

The Rockies are an example of how to not run a franchise….in basically every way.

Someone explain the Colorado Rockies to me https://t.co/UDUKhAnX5O

Rockies are definition of no plan, just vibes

The Rockies are absolutely hilarious https://t.co/v8DWIn0XA2

Confusion at the deadline is unfortunately becoming a trend for the Rockies. In 2021, the Rockies opted to keep star shortstop and pending free agent Trevor Story at the deadline. Colorado ended up losing Story in free agency during the 2021-22 offseason.

The extension means that they won’t lose Bard. But given his age, contract status and what he could garner on the trade block, this is just as baffling.