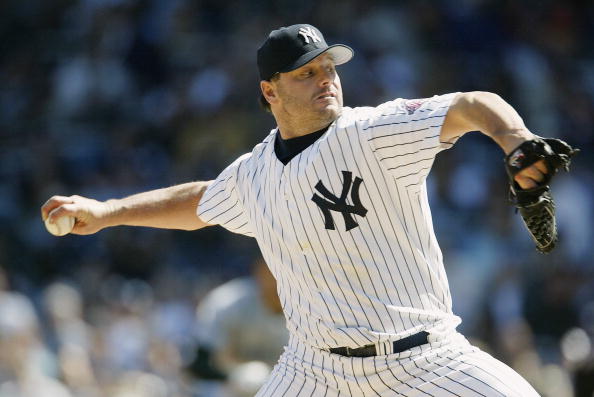 In the most random sports story you’ll see today, Roger Clemens and 23 other former major-leaguers are playing together on a team this summer for the National Baseball Congress World Series in Wichita, Kansas. It’s a tournament usually meant for college and semi-pro level teams. No, this is actually happening:

BEST NEWS EVER: Ex-big leaguer team is playing in a summer ball tournament vs. college/semi-pros. Their roster? pic.twitter.com/smZf9GmYEh

You’re probably laughing right now. That is the appropriate reaction, along with “Why?”

You’re probably then thinking, “Well they must be getting paid, at least.” Nope.

According to Jeffrey Lutz of The Wichita Eagle, the roster was put together by Nate Robertson and Adam LaRoche (so, yeah, you can be sure Drake will be there). They made some calls with the expectation that not more than a few guys would be interested, but the roster “just kind of got some legs to it, and here we are”, according to Robertson:

“I started calling some of the former (Detroit) Tigers that I played with, and then a guy would call another guy,” Robertson said. “Most recently, Roger Clemens is going to be one of our pitchers and Josh Beckett reached out to him. (The roster) just kind of got some legs to it, and here we are.”

The rarity of such a team isn’t lost on Robertson or LaRoche. They hardly expected a large number of former major-leaguers to be willing to play for free in a tournament mostly for summer collegiate teams.

But when LaRoche reached out to former teammates there was immediate interest, then others expressed curiosity through word of mouth. When all were accounted for, LaRoche and Robertson had built a team 11 former All-Stars who made those teams a combined 36 times.

“I put out a feeler, a text message, and I was blown away at the response,” LaRoche said. “And I mean, right away, guys responding and were really excited about it, wanting more and more information. I think something about being out of the game, whether it’s for a couple months or a couple years, not having that competition is what guys so excited to get back out and play the game.”

Robertson says that the plan is for pitchers to go no more than three innings, but that the 53-year-old Clemens apparently wants to throw five innings (of course he does):

“We’re kind of getting guys prepped to go three innings, max,” Robertson said. “I’ve heard Roger is going to come in here and try to throw five. I guess he’s still a machine.

While quite funny, this whole thing really is cool, and you have to love how passionate these guys are for the game to play this tournament — for free — after long, exhausting careers. And it will probably be the most fun they’ve had playing baseball in a long, long time:

“I picture this being more of a backyard, group-of-guys get-together to go have a lot of fun and compete,” LaRoche said. “Kind of bring back that feeling that we all had in high school and college and the minor leagues, when everybody is truly pulling in the same direction and pulling for each other and, win or lose, just enjoying it and having a good time.”